« In The Eye Of The Storm | Main | Williamsburg Wall Posters » 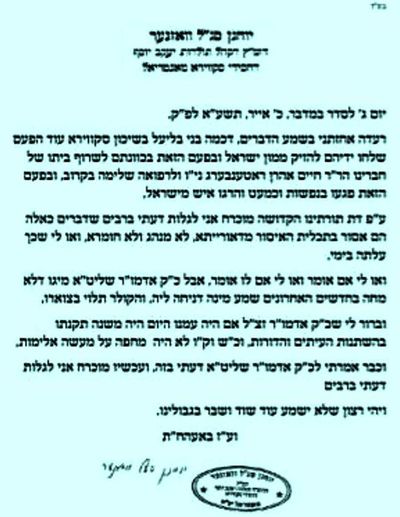 One of the several readers who sent this letter to me added the following note: 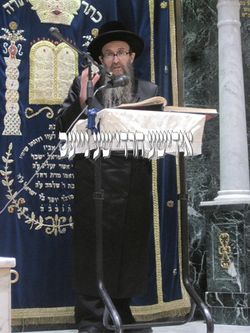 This is a letter from Rabbi Yochenen Wosner - the Grand rabbi appointed him to be rabbi of square branch in montreal canada.

He calls the victim our friend.

This part is shocking.... He puts the blame directly on the Grand Rabbi!!!!!!!

(he is risking his position as the appointed rabbi)

This never happened in history of Hasidim an appointed rabbi should write a letter against the main rabbi.

He also writes that if the previous grand rabbi would be [alive] today he would [have] long [ago] changed that ruling [ordering the punishing of a dissident] and would for sure never let violence.

He writes... Because the violence is going on for month and because the grand rabbi didn't protest that means he is ok with it and that means the responsibility is on him.

He writes that told already previously his opinion to the grand rabbi about this matter.

Update 12:17 am CST – But this same Skvere Dayan apparently just released a letter saying that the above letter is a forgery.: 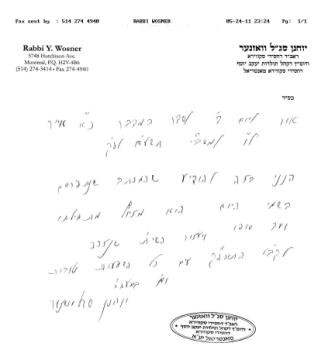 Some hasidim are claiming Rabbi Vosner, the Skvere Dayan in Montreal, was threatened with violence after he released the above letter, which caused him to retract it by claiming it is a forgery.

Update 12:37 am CST – A New Square Twitter feed is warning New Square residents to "beware" because there are undercover police in the village: 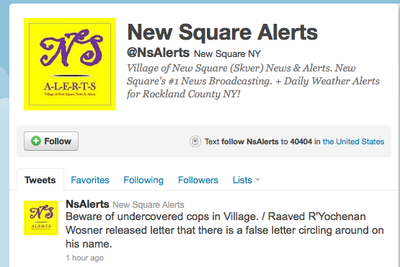 Update 9:55 am CST – A source close to Rabbi Vosner's family assures me that the first letter is a forgery.