The Jewish Week has a softball interview with Rabbi Meir Wikler, a haredi Borough Park-based psychotherapist who has, according to the Jewish Week, met with Yad Vashem officials for several years to "sensitize" them to haredi views of the Holocaust.

Wikler is not a historian. Wikler's doctorate is in social work and he has no special knowledge of the Holocaust.

As the interview shows, Wikler is exceedingly dishonest: 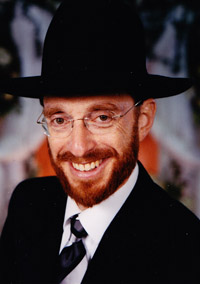 …Q: Why do haredi Jews object to Yad Vashem’s presentation of the Holocaust’s history? Because of what’s there or what’s not there?
A: There are videotaped testimonies of only two haredi survivors in the New Wing of the museum. Compared with the 50 or 60 testimonies of non-haredi survivors, it gives the mistaken impression that hardly any haredi Jews survived, and by extension, that haredi Judaism did not survive the Holocaust. And the truth is that at least half, if not more, of all survivors were haredi. And there are only scant illustrations of the countless examples of spiritual heroism, relegating that key aspect of Holocaust history to barely footnote status. The description of Harav [Rabbi] Michoel Dov Weissmandel, of blessed memory, [who led an effort to save Jews from the Holocaust] depicts him as having been naïve and duped by the Nazis. The truth is just the opposite. He was a brilliant rabbinic leader who outwitted the Nazis at every turn.

Is it just Yad Vashem, or do you take issue with the way the Orthodox experience during the Shoah is presented by most historians?

Other Holocaust museums are guilty of similar omissions and commissions. Yad Vashem, however, is the only major Holocaust museum under Jewish auspices. In addition, Yad Vashem has the documentation, artifacts and taped testimonies in their archives that could correct these distortions.

Unofficially representing the haredi population, what proposals have you made to Yad Vashem, or to other Holocaust historians? Are you satisfied with the changes that were made?

There is a perception that remembering the Holocaust is not an important part of haredi life — many haredi Jews don’t observe Yom HaShoah. How does your community honor the memory of the Shoah and its victims?

If Yom HaShoah observance is the only criterion used to measure Holocaust remembrance, then it is understandable why some would conclude that remembering the Holocaust is not an important part of haredi life. Haredi Jews do not observe Yom HaShoah because it was never accepted or sanctioned by haredi rabbinic leaders. Yom HaShoah is completely antithetical to the religious significance of Nisan, the Hebrew month chosen for its observance by the Knesset, even though Nisan is the month of Passover and, thus, of celebration. And the establishment of Yom HaShoah denigrates the significance of Tisha b’Av, the traditional commemoration of Jewish suffering throughout the ages.

1. "At least half, if not more, of all survivors were haredi." This is complete hogwash. At the dawn of WW2, 2/3 of Warsaw's Jews were secular. The number of secular Jews was even higher in Paris, Amsterdam and Denmark. And most of Budapest's Jews were secular, as well. Even smaller cities like Munkatch had large secular populations. And all these areas had large populations of what we would call Modern Orthodox or Zionist Orthodox Jews, as well. The vast majority of Europe's Jews in 1939 were secular or non-haredi Orthodox. There are to my knowledge no studies, no academic research, and no evidence to back up Wikler's claim. But there is much evidence against Wikler. Satmar, Bobov, Klausenberg, Chabad and other American hasidic groups were broken by the Holocaust. Most of the people who today call themselves hasidim are descended from people who were secular or non-haredi-Orthodox after the Holocaust, but who were recruited by hasidic leaders, many of whom had difficulty getting a quorum for prayer in 1946.

2. "The description of Harav [Rabbi] Michoel Dov Weissmandel, of blessed memory, [who led an effort to save Jews from the Holocaust] depicts him as having been naïve and duped by the Nazis. The truth is just the opposite. He was a brilliant rabbinic leader who outwitted the Nazis at every turn." All available evidence shows Rabbi Weissmandl – the Slovakian rabbi who was courageous and tireless as he tried to save Jews from the Nazis – was, in fact, duped by the Nazis and achieved little. The only way to interpret the evidence differently (besides lying, of course) is to say that the Allies would have allowed American and Palestinian Jews to give the Germans tens of thousands of trucks and other war supplies in exchange for Jews in the middle of war they were fighting against those Germans

3. "There are videotaped testimonies of only two haredi survivors in the New Wing of the museum. Compared with the 50 or 60 testimonies of non-haredi survivors, it gives the mistaken impression that hardly any haredi Jews survived, and by extension, that haredi Judaism did not survive the Holocaust." I've known dozens of Holocaust survivors on three continents. They include parents of friends, Jewish communal leaders, Holocaust educators, simple Jews, and even a Nazi hunter. Only one or two could be honestly described as being haredi after the war. Before the war that number would be four or five, at best. What Wikler does is define haredi in terms so broad the word no longer has meaning. Therefore anyone with a onetime connection to the haredi community, no matter how tenuous it may be – even if that 'connection' comes from grandparent's affiliation only, or even if that 'affiliation' comes from Wikler defining non-haredi Orthodoxy as haredi for the purpose of his argument – is defined by Wikler as haredi. That pumps up his numbers and allows him to  lambaste Yad Vashem for, in effect, following the normative definition of the word and then acting on it. On top of Wikler's behavior, there is the overall behavior of the haredi community that did survive the war. Their leaders generally refused to cooperate with Yad Vashem, which means haredim are underrepresented there – but not to the degree Wikler claims. The fault is not Yad Vashem's – it is Yoel Teitelbaum's and the other haredi leaders who refused to cooperate with it.

4. It isn't just that haredim do not commemorate Yom HaShoah. For years, they did things that flew in the face of it, just as for years haredim refused to stand still and be silent for the one minute of silence observed for Israel's fallen soldiers.

Past all this, Wikler ignores key facts that surely influenced and continue to influence Yad Vashem:

A. Haredim propagated and continue to propagate the most base and bizarre conspiracy theories to 'prove' Zionists collaborated with the Nazis and to delegitimize Israel. The 'facts' these conspiracy theories are based on are largely false, and the little that is true is taken out of context. They do this because the existence and success of the State of Israel is an existential threat to the validity of their theology.

B. Any fair representation of haredi behavior during the Holocaust must include the behavior of hasidic rebbes who ordered their flocks to stay in Europe and then fled, leaving their followers to die horrible deaths. The Satmar Rebbe did this. So did the Belzer Rebbe and his brother. So did the Lubavitcher Rebbe. And then there was Rabbi Elchanon Wasserman, a non-hasidic haredi leader who forbade his followers from fleeing Europe, even telling students not to accept offers to study at Yeshiva University in New York. Wasserman hated YU because it was Zionist and because it was Modern Orthodox. On a visit to New York, Wasserman himself turned down a teaching position there and went back to Lithuania. He and many of his students were killed by the Nazis shortly after.

C. There were rabbis – some haredi, some hasidic, some Modern or Zionist Orthodox – who refused to leave their followers and accompanied them to the killing fields and death camps. Most of them who survived came out of that hell as Zionist or Zionist leaning.

D. Scholars who study the haredi reaction to the Holocaust – including at least one haredi academic, Esther Farbstein – note that haredi rabbis' strong opposition to Zionism before the war, coupled with Israel's subsequent success and the poor behavior of the rabbis noted in section B above, largely account for the haredi community's rejection of Holocaust studies and Holocaust memorials and its ambivalent and sometimes hostile relationship with Yad Vashem. And, as I noted in section A above, it is this cognitive dissonance that is the foundation for the bizarre anti-Israel and anti-Zionist conspiracy theories common in haredi communities.

But The Jewish Week is culpable in Wikler's dishonesy because it fails to call him out on any of his lies or the glaring holes in his story. Shame.