The move comes after Wolpo told settlers to "fire rubber bullets back at soldiers" who evacuate outposts and encouraged other violence against police and soldiers. Under fire, Wolpo retracted his statements. 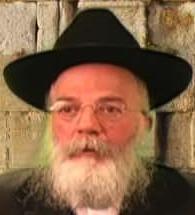 In response to right-wing Rabbi Shalom Dov Wolpo's calls for settlers to violently resist evacuations of outposts on Saturday, Peace Now Secretary-general Yariv Oppenheimer wrote a letter to the Attorney General, on Tuesday, requesting he investigate Wolpo for incitement.

"Article 144 D (2) of the penal law states that incitement to violence or terrorism means encouraging or supporting acts that harms a person¹s body or puts them at risk of death or grievous injury and based on the content of the statement and the context in which it was made, poses a highly probable possibility of leading to action. As you know, Rabbi Wolpo has loyal followers who may construe his statements literally and act with violence against security forces in the near future. Therefore we request that you open an investigation against Wolpo for his statements," wrote Oppenheimer.

On Saturday evening, the SOS Israel chairman said in a radio interview that following last week's events at Havat Gilad, where security forces fired plastic bullets on settlers, "we need to fire rubber bullets back at them. If they come to beat us ­ we need to beat them back."

Oppenheimer added that it was up to the law enforcement authorities to set clear limits and not allow further deterioration and escalation of violence by the settlers in the West Bank.

Wolpo has since retracted his statements. In a statement published on the website of his SOS Israel organization, Wolpo clarified that his words were misconstrued and taken out of context and that under no circumstance should anyone fire upon IDF soldiers, “who faithfully serve the people of Israel and the Land of Israel.”

"What I said in an interview with the Moreshet radio station was shortly after taking part in a protest in support of an IDF soldier whose home was demolished," he wrote.

"My words were said amidst a storm of emotion, and expressed my fear and forewarning over a civil-war that could break out in light of the atrocious acts of Netanyahu and Barak, who for personal reasons of rating and popularity in the eyes of the Left, and succumbing to pressure from Obama, ordered masked soldiers to shoot rubber bullets at Jews, whose sole sin was their love for the land of Israel." While Wolpo is personally a Chabbad hassid, he bears no official position in the movement, and his organization is neither connected to it nor does it reflect Chabbad's views.

Wolpo is the most popular rabbi with Chabad followers in Israel. While it is true that he does not represent Chabad official public positions, it is also true that a very large percentage of Israeli Chabad followers does not agree with or represent Chabad's official public positions on this and on several other matters and instead agree with Wolpo. Indeed, many Chabad institutions in Israel are headed by men who agree with Wolpo.

The move comes after Wolpo told settlers to "fire rubber bullets back at soldiers" who evacuate outposts and encouraged other violence against police and soldiers. Under fire, Wolpo retracted his statements.