« Shoot The Messenger, Ignore The Message | Main | Who Will Evacuate The Settlers? »

He’s been vilified, threatened, offered bribes and almost murdered. Yet Rabbi Nuchem Rosenberg of Brooklyn, N.Y., is more determined than ever to raise awareness of the sexual abuse of children in the Jewish community and to have perpetrators prosecuted by the civil courts. 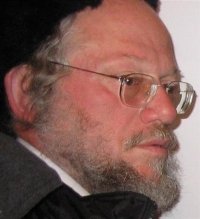 MONTREAL — He’s been vilified, threatened, offered bribes and almost murdered. Yet Rabbi Nuchem Rosenberg of Brooklyn, N.Y., is more determined than ever to raise awareness of the sexual abuse of children in the Jewish community and to have perpetrators prosecuted by the civil courts.

His 10 years of outspoken activism have made him many enemies in the haredi community to which he belongs. He has, in particular, exposed incidents of the abuse of boys by men in yeshivot and mikvot.

More disturbingly, Rabbi Rosenberg has shown the lengths to which community leaders will go to cover up these crimes.

Rabbi Rosenberg spoke at a public event Feb. 20 at the Spanish and Portuguese Synagogue for 2-1/2 hours, often in graphic detail, about what, he says, is happening and what has to be done.

He did not come to raise money, he emphasized – “I am a wealthy man,” he said – but to wake up the community to this still-hidden problem. What he does want is more opportunities to speak. He’s prepared to go almost anywhere.

Rabbi Rosenberg, 60, has a website “dedicated to fighting pedophilia in Jewish communities worldwide,” which includes access to a confidential hotline in Yiddish, English and Hebrew 24 hours a day, seven days a week. Since June 2010, it has had more than 140,000 visitors, the site stated. One in five underage male students are victims of their teachers, rabbis or other staff at their schools, and one in three boys are molested by men while using ritual baths, he said.

There is no religious obligation for a boy to go to the mikvah, he affirmed, and certainly not one for boys under bar mitzvah age. Better control of who comes in and video surveillance are two methods of preventing abuse, he urged.

Schools should make police checks before hiring staff, he said.

But those who abuse children are often respected rabbis and teachers, he added.

The incidence of abuse of girls at school is lower, one in 10, he said. Incest is also occurring in families, he said, but it’s hushed up and denied.

In the past 2-1/2 years, there have been 60 members of haredi communities arrested in New York state for child abuse, and half of them are serving jail terms, he said.

Those who are mandatory reporters of abuse, such as educators, should also be brought to justice if they don’t fulfil their duty, he believes. While most of his work is done in New York, Rabbi Rosenberg said he is aware of the situation in Montreal, as well as England, Israel and elsewhere in the world, and it is similar.

He works with professional experts in sexual abuse and collaborates with other activists to change laws, such as lifting the statute of limitations on prosecuting child sex abuse.

Rabbi Rosenberg’s number 1 advice is to call the police, or 9-1-1, immediately, even if the abuse is limited to inappropriate touching. The effects of sexual abuse are too devastating for the individual and the community for Jews to be afraid or ashamed of going to secular authorities, he stressed.

He believes the problem has become worse over the past 50 years because the rabbinate has been so resistant to confronting it.

He also advocates immediate psychological or psychiatric help for victims.

Sexual abuse ruins lives, he said. Victims turn to drugs, have trouble with normal relationships, become abusers themselves or commit suicide, he said. They often abandon their faith.

The father of seven admitted that he, too, was incredulous decades ago, when no one talked about the issue. In the 1970s, he and his wife became friendly with a newlywed chassidic couple living in the same building. The young man confided to him that he had been raped by a teacher over a couple of years.

Recently, the teacher had contacted him and wanted to have sex. When the young man refused, the teacher threatened to tell his wife and destroy the marriage.

“I asked him what he did for a living. He said he drove a truck. I told him he should be a storyteller,” Rabbi Rosenberg said. A few months later, the young man bought a gun and shot himself, leaving a note describing his pain. Rabbi Rosenberg still becomes emotional remembering the story.

His own brush with death, covered in the media, was a few years ago. A bullet shot from a moving car grazed his forehead a fraction of a millimetre from his brain.

Rabbi Rosenberg was excommunicated by 38 rabbis. He held up the edict for the audience, as well as the posters depicting him as a snake that were all over Williamsburg and Boro Park, he said. He now davens in Manhattan at a shul where the rabbi supports his cause.

He vowed that he will not be intimidated and will go to live in Tennessee if he has to. “I can be a Jew anywhere,” he said.

But the community is starting to change. Last year, Rabbi Rosenberg received the Jewish Board of Advocates for Children Award for his dedication to the protection of children. At least one revered haredi rabbi in Jerusalem endorsed his campaign as the highest mitzvah.

Rabbi Rosenberg was invited by the Spanish’s Rabbi Schachar Orenstein and his wife, Meira. Perhaps because she is a nurse, Meira Orenstein said incidents of child sexual abuse, both past and present, are being brought to her attention. “Recently, someone called to tell me all four of their sons were abused,” she said.

The Orensteins knew Rabbi Rosenberg through friends, a couple in Moncton, N.B. Rabbi Rosenberg had been in Moncton to oversee repairs to its mikvah, and drove 12 hours to speak in Montreal. Meira Orenstein hopes the event will encourage local Jewish social agencies to directly address the issue of child sexual abuse here, as well as more reporting to the authorities by those who are victims or witnesses.

She said she’d like to see a confidential phone line set up, because she knows many are reluctant to go to the police initially.

He’s been vilified, threatened, offered bribes and almost murdered. Yet Rabbi Nuchem Rosenberg of Brooklyn, N.Y., is more determined than ever to raise awareness of the sexual abuse of children in the Jewish community and to have perpetrators prosecuted by the civil courts.