Convicted Sex Offender May Be Extradited

Gynecologist Mordechai Patrick Azoulay, 51, fled France after being convicted of indecent acts in 2002. 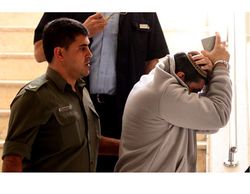 The Jerusalem District Court ruled Tuesday that Mordechai Patrick Azoulay, a French gynecologist who fled to Israel in 2002, was eligible for extradition.

Azoulay was sentenced to three years in prison for sexually abusing 10 women in France but fled the country after his conviction. France motioned for his extradition back in 2006, but he was arrested only last October.

Azoulay, 51, was convicted of abusing his status as a gynecologist in 1999-2002 and performing indecent acts during examinations claiming they were part of the tests. He was initially sentenced to two years in prison but fled the country before receiving the sentence. 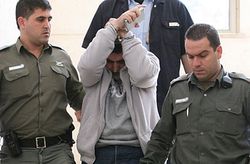 Other women came forward following an article about the doctor in a French newspaper. He was then tried again, in absentia, and his sentence was extended to three years in prison.

Judge Rafi Carmel noted many years have gone by since Azoulay arrived in Israel, where he has a wife and daughters, but stressed that he fled France while legal proceedings against him were in motion.

Azoulay's attorney said his client is considering filing an appeal with the Supreme Court.

Convicted Sex Offender May Be Extradited

Gynecologist Mordechai Patrick Azoulay, 51, fled France after being convicted of indecent acts in 2002.