All of her co-defendants have already accepted plea deals, which will be offically entered into the court record if Wein Reis accepts her deal.

Word on the street is that the deal requires Dina Wein Reis to serve 1 1/2 years in federal prison, pay a large fine, and make restitution.

Details of her alleged crimes can be found in this post. Immediately below are screenshots of the latest case status report, filed on 3-22-11 with the court: 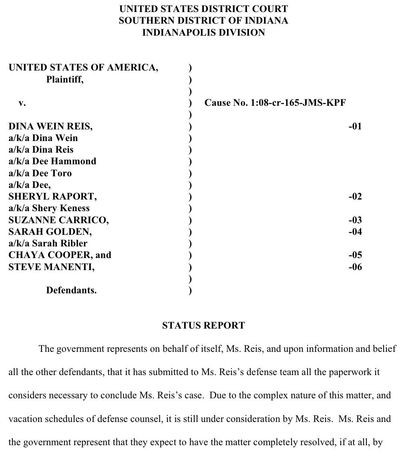