« G.O.P. Gutting Food Assistance For The Most Vulnerable Americans–A Program With A Close Chabad Connection | Main | After Threats Of Massive Haredi Street Demonstrations And Possible Riots Against Him, Rabbi Ovadia Yosef Backs Down »

Rabbi Moshe Feinstein, the leading rabbinic adjudicator of Jewish law during the latter half of the 20th century, strongly opposed abortion on demand. But he also opposed laws limiting abortion. Here's why.

This is a significant issue in Catholic hospitals, where even before the Protect Life Act has been passed, women are routinely denied abortions they desperately need to save their lives. Instead, the women are transferred to other hospitals – sometimes hospitals that are hours away, further endangering their lives.

If the Protect Life Act passes, those Catholic hospitals will be able to refuse to make those transfers – meaning women could very well die as a result, and the hospital will face no government sanction.

This is true even though the bill, which also severely restricts funding for abortion, makes an exception for said funding for women whose lives are physically endangered by continued pregnancy.

But this still does not mandate hospitals and other medical providers to provide life-saving abortions to women who need it. In fact, the opposite is true.

The wording of the bill also makes it clear that even a woman who is at extreme risk of suicide if pregnancy is not terminated cannot have her abortion paid for by the government.

In other words, a hospital or other medical provider can refuse to give a woman a life-saving abortion, whether the need for that abortion comes from a physical threat to the mother's life or from a mental illness induced by the pregnancy. 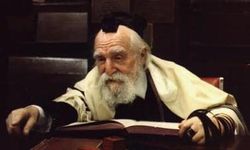 This denial of needed abortions is what Rabbi Moshe Feinstein worried about when he chose not to endorse pro-life demonstrations and pro-life policies.

Jewish law, halakha, mandates that a woman's life be saved. If the fetus threatens the mother's life, it should be aborted if there is no other safe solution to the problem.

Rabbi Feinstein feared that laws made by pro-life legislators would kill women, because the pro-life movement is strongly influenced Christian understandings of life that make the unborn fetus equal to the mother, and thereby prohibit abortion to save the mother's life.

In Rabbi Feinstein's view, the decision to abort was a decision that should be made by the woman and her rabbi, not by Congress.

Jewish activists – even activists who are Orthodox and rabbis both – who back pro-life laws like the Protect Life Act are, according to Rabbi Feinstein, violating halalka.

So why don't we hear haredi and Orthodox opposition to the Protect Life Act?

I think the reason is that, as I noted yesterday, haredim and many Modern Orthodox have come to view the conservative agenda as halakha's agenda. But this is largely false.

Conservatives have been seen as being very pro-Israel over the past 20 years or so, in the sense that Christian conservatives have come to dominate the Republican party,and their views tend to support Israel's territorial expansion and Israeli settlements in the West Bank – two issues that Orthodox and haredi Jews tend to strongly support. Similarly, Christian conservatives are strongly anti-gay rights – a position shared with much of Modern Orthodoxy and haredim.

Because of the strong popularity of these positions, conservative views on other issues, like abortion, have grown to become the normative haredi and Orthodox view, as well. The halakhic nuances lost with these other issues have caused halakhic nuance to be lost with abortion policy, as well.

But halakha does not view a fetus as a full life, and any time a mother's life is threatened by the fetus – even if that threat is not certain – abortion is allowed and usually required.*

We err on the side of life, meaning halakha tilts toward saving life, mandating violation of Shabbat law and hundreds of other halakhot to save a life, even if the danger to that life is not certain, and even is that threat to life is from mental rather than physical illness.

This is the message we should take to Washington, DC and to our state capitols.

*Please do not have an abortion based on what I've written here – consult a competent rabbi first.

Rabbi Moshe Feinstein, the leading rabbinic adjudicator of Jewish law during the latter half of the 20th century, strongly opposed abortion on demand. But he also opposed laws limiting abortion. Here's why.