When Rabbi Moshe Tendler Thinks You're Wrong, He's Not Afraid To Say So

“You say a thing, I believe you're ignorant on this topic. That's not an insult. It's a fact.”

Moshe Tendler thinks you’re wrong, and he’s not afraid to say so
By Ben Harris 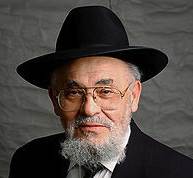 NEW YORK (JTA) -- After the January shootings in Arizona and the resultant calls for greater civility and moderation in the national discourse; after an acrimonious back-and-forth over the Jewish legal approach to death and organ donation; and after still more calls for a gentler, more civil public discourse, Rabbi Moshe Tendler stood up in a Jerusalem synagogue and accused his fellow Orthodox rabbis of perpetrating one of the worst desecrations of God's name in American Jewish history.

The rabbis in question -- authors of a four-year study on the Jewish legal criteria for death and members of the halachah, or religious law, committee of the chief Modern Orthodox rabbinic group -- have “not the slightest idea of what we're talking about,” Tendler told his audience.

“I want to call your attention to what has been one of the most dramatic chilul hashem [desecration of God's name] incidents in [the] American Jewish community,” he said.

Tendler wasn't done: The paper was “pages of drivel” and “as close to a blood libel as you can come,” he said.

Even the chief rabbi of the United Kingdom, Lord Rabbi Jonathan Sacks, who had endorsed the position that the paper's authors appeared to favor, did not escape opprobrium. On the issue of halachic death, Tendler charged, Sacks also was ignorant of the relevant science.

Tendler's remarks were presaged by the disclosure in December of a paper by the Rabbinical Council of America's committee on religious law asserting the legitimacy of the view that death occurs with the cessation of heartbeat and respiration -- a position apparently rebuking one long championed by Tendler.

Tendler for some time has been the leading proponent of the view that death occurs with the cessation of brain stem activity -- a criterion that permits vital organs such as the heart and lungs to become available for harvest and transplant.

It is a position for which he has argued passionately and unapologetically for more than two decades.

As one of the deans of the rabbinical school at Yeshiva University and a leading Modern Orthodox authority on medical ethics, Tendler is an authoritative figure in the Orthodox world, but also a polarizing one. And when it comes to questions on which he is rightly considered an expert, he has neither patience nor respect for the views of those he deems less than competent to render an opinion.

Several insiders say it is precisely that trait which has made it more difficult to achieve common ground on this issue and personalized a debate that should remain scholarly and dispassionate. Tendler insists that the battle mostly is substantive not personal, though given some of his quotes in the media, it's not hard to see why his foes sometimes fail to appreciate the distinction.

“You say a thing, I believe you're ignorant on this topic,” Tendler told JTA. “That's not an insult. It's a fact.”

Tendler's willingness to publicly call out rabbis with whom he disagrees is unusual within Modern Orthodox circles, where internal disagreements on sensitive issues are resolved more typically behind closed doors, often with vague language that allows everyone to declare victory.

Tendler's style could not be more different, and over the years he has developed a reputation as something of a go-to guy for an incendiary quote.

When a group of prominent Modern Orthodox rabbis and congregants in the mid-1990s created Edah in an attempt to counter what they asserted was Orthodoxy's rightward drift, few would say anything on the record despite the ire it had evoked. Tendler, however, told The New York Jewish Week that Edah's founders were ignorant and lacking integrity, and that attendees of the group's 1999 conference were in violation of Jewish law.

More recently, Tendler told The New York Post that a transgendered professor at Yeshiva University wasn't a woman but “a male with enlarged breasts” who was “in massive violation of Torah law, Torah ethics and Torah morality.” Elsewhere, Tendler was quoted as saying that the professor should be physically restrained from touching his own body.

“I have no doubt that R. Tendler's comments will generate much discussion and likely criticism and ridicule,” wrote one Orthodox rabbi on his blog. “I can also predict that R. Tendler will not care one bit.”

If Tendler, who just turned 84, is unusually outspoken, it may owe something to his background. He was born and raised on the Lower East Side of Manhattan at a time when most Jews in the area were recent immigrants whose children were studiously going about the business of assimilation.

Tendler, though, was a native, and has grandparents that were born in America. His mother, the grandchild of a man Tendler describes as a “rabid Chasid,” was a law school graduate and Tendler's first Talmud teacher. His father was the longtime head of the prominent Rabbi Jacob Joseph yeshiva in New York.

The Tendlers lived on Henry Street a few blocks from Rabbi Moshe Feinstein, the leading Orthodox legal decisor in the United States, whose daughter would become Tendler's wife. The couple met at a public library on East Broadway when Shifra Feinstein approached Tendler -- already gaining a reputation for scientific acuity -- to ask a question about chemistry.

“After that, somehow I managed to come more often to the library to study,” Tendler said.

Tendler went on to graduate from New York University and earn his doctorate in microbiology from Columbia University in 1957. For a time he worked in cancer research, developing a drug he dubbed Refuin -- a play on the Hebrew word for healing -- that earned him a mention in a 1963 Time magazine article.

In the early 1990s, the RCA tapped Tendler to draft a health care proxy statement reflecting Orthodox sensibilities. In a section on organ donation, the document -- citing the authority of both Feinstein and the Israeli Chief Rabbinate -- asserts that “brain stem death, together with other accepted neurological criteria, fully meets the standards of halacha for determining death.”

The proxy was drafted by the RCA's medical ethics commission, which Tendler chaired, and endorsed by the council's executive committee. Four members of the RCA's law committee, of which Tendler also was a member, subsequently issued a statement rejecting the brain death criterion. And there the issue rested until the study paper surfaced late last year.

Much of the ensuing fracas resulted not from the many errors of scientific fact that Tendler claims are contained in the 110-page study, but from the verbal dynamite he set off in the press. He accused the authors of promoting anti-Semitism and perpetrating a blood libel for appearing to sanction the receipt of organs by Orthodox Jews, but not their donation.

In a recent interview at his home north of New York City, he said his critics have blood on their hands.

“When a Jew's life is at stake, you have to use strong language,” Tendler told JTA. “You can't let someone die. But they're letting people die because of this. I want them to back off.”

Tendler believes that the vast majority of Modern Orthodox rabbis agree with his position, and that in time even his rabbinic opponents, alerted to the error of their ways, will come to agree as well.

And yet in a nearly two-hour interview in his study, as Tendler fished out documents supporting his claims that go back four decades, it was hard not to see the octogenarian rabbi as frustrated and fatigued by the seeming inability of smart men to accept something that in his eyes, at least, is blindingly obvious.

“It's a lot of fun,” Tendler said, a smile momentarily breaking through the clouds of outrage before he corrected himself. “It's not fun. Conflict isn't fun.

"But maybe, as I mentioned, I used to be a very good handball player -- I played tournament handball at the 92nd Street Y -- so maybe competitiveness, it does fit my personality.”

For the most part, the errors and outright lies in that RCA report are matters of fact, not conjecture.

The JTA easily could have – and ethically should have – cited one or two of them to show that, no matter what one thinks about Rabbi Tendler's style, he is factually correct: the authors of that RCA study and the rabbis – including Hershal Schachter, Mordechai  Willig and J. David Bleich – who stand behind them really are ignorant.

To point out that the RCA report ignores eyewitness testimony, like that of Rabbi Binyamin Walfish, that discredits the RCA's new position, but makes much of third hand testimony that supports the RCA position, shows clear and demonstrable bias. But the JTA did not do this.

The brain stem death controversy is truly a matter of life and death, both for those who sadly become brain stem dead and for the thousands of people waiting desperately for organs needed to save their lives.

And that should mean coverage of this issue mandates a higher level of thoroughness that is lacking from the JTA's report.

Rabbi Tendler made very specific allegations and backed them up with documents and other evidence.

Are all or some of these allegations true?

If they are true – and many clearly are – then the JTA's readership has the right to know, just as it would if many or all of those allegations were false.

To make this in to a he-said-she-said issue or a cute profile of a controversial figure is inexcusable. It is also unethical because it may actually cost lives.

When Rabbi Moshe Tendler Thinks You're Wrong, He's Not Afraid To Say So

“You say a thing, I believe you're ignorant on this topic. That's not an insult. It's a fact.”