The Egyptian Muslim Brotherhood's aims are abhorrent and dangerous. But it is the duty of Egypt's democracy supporters to fight them. Our job as Jews and Israelis is to deal with our own religious fundamentalists and their despicable views.

A few months from now, Egypt may come under the rule of a government dominated by the Muslim Brotherhood, whose supreme spiritual leader said just a few years ago that God would "destroy the seed of the Jews and extirpate them from the world. These Jews are accursed scoundrels, crying crocodile tears while they murder people; it is forbidden to have any mercy on them. We have to destroy them with great missiles."

And if you think this is populist scare-mongering, and that this represents only one benighted faction of the popular Egyptian movement, here is what the leader of a rival faction of the Brotherhood said about Israeli civilians: "There is nothing in Islamic law about consideration for innocents in time of war." And lest there be any mistake, his secretary explained that "there is no problem with killing Jewish civilians, because the entire population supports Israeli terror."

It's quite a nightmarish scenario just over the Negev border - except that it isn't happening in the land of the Nile, but right here in Zion. Substitute "Arab" for the words "Jewish" and "Israeli" and you have a representative sample of the teachings of rabbis Ovadia Yosef and Dov Lior, two men who hold sway over a significant number of Knesset members and cabinet ministers.

I know, juxtaposing words and taking whole sentences out of context is an old and dirty trick we journalists use. So how about this authentic quote regarding the majority of Israelis? "The Nazi hatred is enrooted in an entire generation of young people ... If they were not busy fighting the Arabs, they would kill our children like Pharaoh and Hitler."

No need to play games with words here: These are actual utterances by Rabbi Israel Eichler, sworn in this week as a member of Knesset and immediately appointed chairman of the United Torah Judaism faction - which, if you have not forgotten, is a coalition member and controls the Health Ministry.

How can one compare the ideological parent of Hamas with Israeli Orthodox Jewish political parties? Indeed how? We have no way of knowing how the Muslim Brotherhood will perform if and when it is part of a ruling coalition in Egypt in the future. At least with Shas, UTJ and the various parliamentary offshoots of the religious ultra-right wing, we have an established track record to examine.

When did any of these parties come up with a new law that did not limit Israel's fragile liberal democracy? What legislation did they propose that did not involve coercion and curtailment of our freedom of choice? How have their leaders tried to turn back the growing tide of racism and intolerance in Israeli society? You know the answers to these questions.

Of course there is a world of difference between the Islamist and the Israeli ultra-Orthodox religious-right establishments, but they have one trait in common, and that is fundamentalism. They share a firm and unshakable belief that in every instance, their religious code is supreme over all man-made legal systems, especially democracy. In other words, sharia or halakha trumps every other consideration.

Actually, that's not entirely fair to the Muslim Brotherhood, which in recent days has made it clear that while it still believes "Islam is the solution," it is perfectly willing to abide by the democratic decisions of the Egyptian electorate in a fair and open election. Indeed, the Brotherhood was very wary at first even of challenging the Mubarak regime, which ruthlessly repressed it in the past. 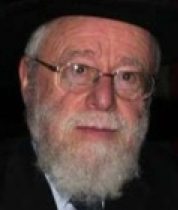 Compare that with this week's conduct by the chief rabbi of Kiryat Arba, Dov Lior, who after six months of refusing to come in and be questioned by the police on the rabbinical endorsement he wrote for the book "Torat Hamelech," which permits the killing of enemy civilians in time of war, was finally issued with an arrest warrant. But he still did not relent, declaring, "it is impossible that in the State of Israel, a petty official in the Justice Ministry should tell rabbis what to say."

Religious fundamentalists are certainly in the ascendancy here in Israel, and if demographic trends are anything to go by, they will become yet more powerful in the future. But as inflammatory as their statements are, a police investigation is not the way to counter their influence. It will only confer martyr status on them and do nothing to encourage their followers to adopt a more democratic stance.

These rabbis are the enemies of democracy, and we shouldn't hand them the achievement of an erosion of a basic democratic right. The laws against incitement should be used as sparingly as possible, only in cases when there is a clear and direct call for violence.

If the state should be using its power in any way, then it should be firing rabbis like Lior from official positions. They, of course, should be free to say whatever they like, but the scandal of rabbis spouting off the most obnoxious views at the taxpayer's expense has been going on for much too long.

Not all rabbis are of the same view, and a small minority is even willing to speak out. This week, I saw Rabbi Yuval Cherlow say bravely that in the interests of national unity, when a democratically elected government's policies clash with the values of Judaism, there is no choice but to bow down before the will of the commonwealth. But the other rabbis, those who refuse to respect democracy and the rule of law, must be confronted first of all in the ideological arena, using all the many tools that a free and open society allows us.

Make no mistake, the Muslim Brotherhood's aims are abhorrent and dangerous. But it is the duty of Egyptian democracy supporters to fight them. Our job is to deal with our own religious fundamentalists and their despicable views.

The Egyptian Muslim Brotherhood's aims are abhorrent and dangerous. But it is the duty of Egypt's democracy supporters to fight them. Our job as Jews and Israelis is to deal with our own religious fundamentalists and their despicable views.