Honoring An Enabler Of Criminals

Should OHEL honor Rabbi Dovid Cohen, a rabbi who tells Jews it is okay to cheat on their taxes?

OHEL is honoring Rabbi Dovid Cohen at its annual dinner to be held later this month in Manhattan.

But Rabbi Cohen is problematic for several reasons, most prominently because he tells people it is okay to cheat on your taxes.

The RCA was forced to break with Rabbi Cohen because of this. But the haredi-run OHEL never has.

A reader writes via email:

What lesson are we teaching our children and our community when we honor such a person?  Aren't we spitting in the face of our government which gives millions to Ohel when they honor a person who says that you can cheat the government.  The issue is not R. Cohen as a person - the issue is whether the chareidi community will ever be taken seriously on this issue as long as they continue to honor rabbis who say that you can steal or cheat.  Contrast that with the Modern/Centrist orthodox community in which the RCA severed its relationship with R. Cohen because of his views.  That action spoke volumes and people in our community now know that such views are beyond the pale and that such views will not be tolerated in our community.  If the chareidi  world would do the same thing in respect of Rabbis that advocate these views, I think that we would make some real progress in respect of this issue.  However, Ohel's actions and the lack of any protest regarding honoring a man who is very well known to espouse these views does not bode well for the future.

I have to agree. 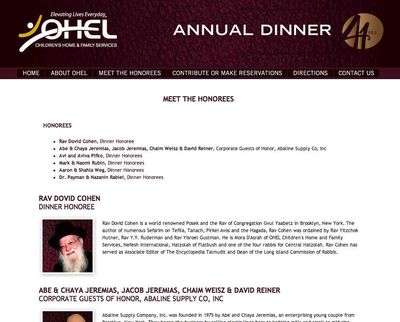 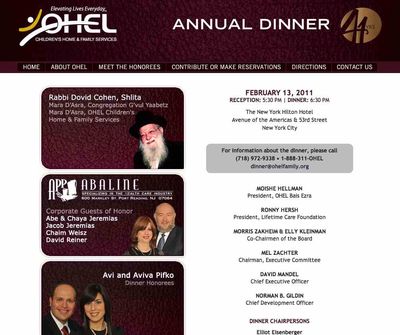 Honoring An Enabler Of Criminals

Should OHEL honor Rabbi Dovid Cohen, a rabbi who tells Jews it is okay to cheat on their taxes?