The majority of Israeli haredim and Zionist Orthodox nonsensically believe there is gender equality in Judaism. 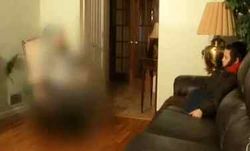 …[T]he haredim (79%) and the religious public (58%) believe there is [gender] equality while the seculars replied there was none (58%). A gender analysis revealed that 29% of men believe that Judaism is egalitarian as opposed to only 19% of women.

Last week I got an email from an old friend I'd lost touch with more than 15 years ago. She's been waiting for a get (religious divorce) for several years. She's stuck and can't do anything about it, because Orthodox and haredi Judaism have in last several hundred years created a condition of stagnation that overwhelmingly favors recalcitrant husbands.

My friend isn't the first agunah I've heard from, or the first woman suffering for years undersimilar situations.

To think that a religion that so oppresses women is egalitarian is mind boggling, and that's without considering that women can't become religious leaders or prayer leaders, can't be counted in a prayer quorum (minyan) or even sit next to their husbands on many buses. Indeed, haredim regularly blur the faces and even the modestly clothed bodies of women in pictures printed in their newspapers or, as in the case above, in their music videos.

Judaism is neither egalitarian nor gender equal.

The results of this poll speak to the high level of delusion Orthodox and haredi Jews must maintain in order to continue to believe in the religion they practice.

The majority of Israeli haredim and Zionist Orthodox nonsensically believe there is gender equality in Judaism.