Avram C. Freedberg and his National Collector's Mint is running a scam selling a "9-11 Tenth Anniversary Commemorative Coin." On his personal website, Freedberg proudly notes his membership in a Modern Orthodox synagogue. 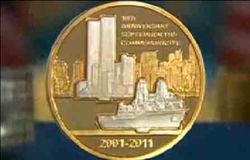 A coin commemorating the 10th anniversary of the Sept. 11, 2001, terror attacks is drawing the ire of consumers and politicians who have learned that the coin may be just a worthless trinket that has no affiliation with the U.S. government and does not benefit the 9/11 Memorial.

Katie Smith and John Shughart of Carlisle, Pa., thought they were buying a priceless piece of history. Now, the coin they bought may have not even a cent of value.

The couple called a 1-800 number and ordered a 9/11 Tenth Anniversary Commemorative Coin after seeing a commercial on TV. The commercial claims the coin has "sculptures of the USS New York and the World Trade Center towers, inset with jeweler precision on its obverse, each entirely clad in .999 pure silver actually recovered from beneath the ashes of ground zero."

Smith and Shughart thought the coin was sanctioned by the U.S. government. They thought they could help rebuild the World Trade Center for the low, low price of just $29.95. Turns out, none of that is true. To add insult to injury, Shughart was charged more than $370 for 6 extra coins and display cases he never ordered. Because the general contractor used his debit card, the money was taken right out of his bank account by a company called The National Collector's Mint.

"It was supposed to be $29.95," Shughart explained, laying out all the coins. "So I called them and they weren't willing to work with me."

Suspicious, Smith and Shughart filed a complaint with the Better Business Bureau and found out they were not alone.

The Better Business Bureau gives The National Collector's Mint an "F" rating for various complaints about the company's selling and billing practices and its 9/11 Tenth Anniversary Coin.

"It's nothing more than worthless bric-a-brac that has no value and no connection to the 9/11 memorial or the federal government. But you wouldn't know it by watching their commercial," says New York Sen. Charles Schumer (D).

In a press conference, Schumer and New York Rep. Jerrold Nadler (D) called on the Federal Trade Commission to shut down The National Collector's Mint.

FTC Chairman Jon Leibowitz acknowledges the accusations, but so far is stopping short of a full-blown investigation. "We agree that these allegations are enormously troubling, and will determine what action by this agency may be appropriate," Leibowitz said in a statement.

The National Collector's Mint is based in Port Chester, N.Y. The president and CEO is Avram Freedberg, who coin appraisers say is pocketing considerable change from that $29.95.
Kevin Shary of Gold Mine Appraisals in Mechanicsburg, Pa., says based on the medallion's precious metal content, it's worth roughly 25 cents. "There is maybe an ounce of silver and copper there, that's maybe what? A quarter?" says Shary, "It might be worth a quarter."

Profits from the sale of those coins help pay for Freedberg's seven-bedroom house in Stamford, Conn., and a racehorse which he blogs about on his website. Freedberg also once marketed the as-seen-on-TV product, "The Original BeDazzler".

Through his PR company, Freedberg refused to do an interview with Fox News or provide proof that he bought the silver used in the coins from a bank that stored silver bars in vaults below the World Trade Center, as he has claimed. However, Freedberg is standing by his product, saying in a statement:

"The Company's television commercials accurately and completely describe the commemorative medallions being offered for sale."

Schumer accuses the company of diverting money that could be spent on the official 9/11 memorial and museum. "Every dollar spent on these fraudulent coins is $2 lost that could have gone to honor those who put everything on the line for this country." 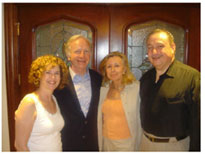 On his website, Freedberg claims he has given $2,000,000 dollars in donations to various 9/11 charities. He did once give $30,000 to the memorial fund. However, Joe Daniels, 9/11 Memorial president,  gave the check back citing the fact that the company was charged with fraud and fined over its similar "Freedom Tower Silver Dollars" back in 2004.

"We returned the money right away," says Daniels, "and said: 'You guys have been investigated. You're using false claims. You're talking about metal that was reclaimed at ground zero, which is not true.'"

Daniels says if people want to help, they will soon be able to buy an official 9/11 commemorative medal, sanctioned by the U.S. government, a project that is going forward thanks to legislation proposed by Schumer and Nadler and signed by President Obama last summer.

"Dollars from the purchase of that medal will, in fact, go to help build the memorial and museum here at the World Trade Center site," Daniels says.

The U.S. Mint is expected to release the medal this summer, just ahead of the 10th anniversary of the terror attacks. Meanwhile, The Mint is issuing a warning about the National Collector's Mint coins, which are still for sale on TV and online.

Smith and Shughart plan to buy one of the official medals from the U.S. Mint. They have returned all of the National Collector's Mint coins and are expecting the company to give them a full refund.

"I would just like to give them all their crap back," says Shughart. "And get my money back."

To see the latest segment in the "Rise of Freedom" series, tune into Fox Report with Shepard Smith, tonight, at 7 p.m. EDT. You can also catch up on all our segments by going to www.foxnews.com/freedom. To learn more about the U.S. Mint's official 9/11 10th anniversary medal, visit www.national911memorial.org/. Enter your e-mail address to receive an alert when the medal is available for purchase.

On his personal website, Freedberg lists his various organizational affiliations. Here's one:

Agudath Sholom (CAS)
Member Strategic Planning Committee of Congregation,
2007 – present;
Served multiple times on the Board of Directors of CAS over a period of 25 years. 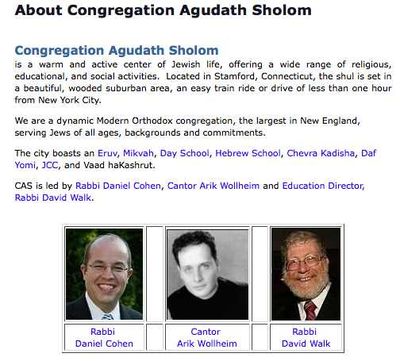 Photos: Top, the 'coin'; right, Avram C. Freedberg, left, Avram C. and Rhoda Freedberg in their home with US Senator Joeseph Lieberman and his wife Hadassah; bottom, a screenshot of Agudath Shalom's website about page with photos of its current staff.

Avram C. Freedberg and his National Collector's Mint is running a scam selling a "9-11 Tenth Anniversary Commemorative Coin." On his personal website, Freedberg proudly notes his membership in a Modern Orthodox synagogue.