The Renegade: Kicked Out Of Shas, Rabbi Chaim Amsellem Is On His Own

“I asked myself is it possible for people from Russia, who were persecuted because they were Jewish and now we say they’re goyim and they die for the sake of Israel?” He said. “We cannot accept this.” “We cannot have a wooden heart.”

The renegade: Kicked out of Shas, Rabbi Chaim Amsellem is on his own
By Michael Orbach • The Jewish Star 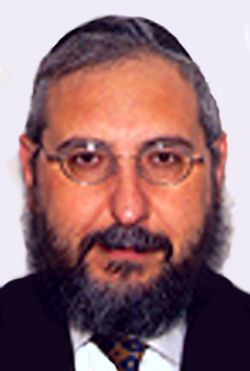 Rabbi Chaim Amsellem, a member of Israel’s Knesset, does not speak English. At a speech he gave on Saturday night at a shul in lower Manhattan, the shul rabbi translated his words. Though even in translation, the urgency in his words could not be mistaken.

“We cannot have a wooden heart,” Rabbi Amsellem told a receptive audience of around 50 who gathered to hear him on Jan. 8 at Magen David of Union Square.

Rabbi Amsellem was on a brief tour of America after he was kicked out of the Sephardic Shas party for an incendiary interview he gave the Israeli daily Maariv. In the interview, Rabbi Absellem was highly critical of his party and its leadership. Rabbi Amsellem also spoke out against the Israeli rabbinate for making conversions difficult. He also took aim at the proverbial sacred cow of haredi politics: stipends for yeshiva students.

For his remarks, he was heavily criticized by the Shas party and eventually kicked out. Shas party spiritual leader Rabbi Ovadya Yosef demanded he resign. Rabbi Amsellem refused, and some have contended that the now unaffiliated politician is Israel’s greatest hope; a moderate haredi voice.

During the speech he said that his comments came from his need to be “truthful to himself.”

“I asked myself is it possible for people from Russia, who were persecuted because they were Jewish and now we say they’re goyim and they die for the sake of Israel?” He said. “We cannot accept this.”

Currently, converting to Judaism inside Israel is an arduous process, especially for the estimated 400,000 Russian immigrants who made Aliyah to Israel since the Soviet Union fell. A bill designed to allow local rabbis to do conversions while giving a final say to the Israeli rabbinate did not make it through the Knesset. A second bill, allowing the military to facilitate conversions, is on hold for six months.

Rabbi Amsellem spent four years researching his book, “Zera Yisrael,” Seeds of Israel and came to a conclusion. To illustrate the point of his book, he asked the audience a series of questions about the halachic status of a child born to Jewish and non-Jewish parents.

A child born to Jewish parents?

But the case of a Jewish father and a non-Jewish mother, Rabbi Amsellem said, falls into a new category.

“He is a goy from the seed of Israel, then what?”

Unlike other converts who according to Halacha, are supposed to be driven away, children born to a Jewish father must be “brought closer,” Rabbi Amsellem said.

Furthermore, he argued for a more lenient idea of conversion.

“If he accepts the mitzvoth, can he fulfill them all?” Rabbi Amsellem asked. “Even tzaddikim don’t fulfill all the mitzvoth.”

Rabb Amsellem maintained that he had tradition on his side, in the work of early Sephardic rabbinical figures from Turkey and Iran.

From there he segued into his next topic, forcing the haredi public to get jobs. Currently, 60 percent of haredi men do not work according to Israel’s Economic National Council in Jerusalem. Again, Rabbi Amsellem cited tradition.

“All of the rabbis were tradesmen,” Rabbi Amsellem said. “Hillel was a woodchopper.”

“A father is obligated in Bris, Pidyon and teaching his son a trade… If the father does not, who will teach him?”

Though, he was clear that some should learn, just not everyone.

“There are always goanim,” he said. “Who is like the goan of Vilna? Ovadya Yosef, who can be like him? …”

Jacob Fine, 35, a financial journalist, who said that he liked the idea of a “unifying voice for Israel politics and the Jewish people.”

“It sounds like the religious establishment is controlled by the Charadie elements, so he’s probably facing an uphill battle,” he said.

Another attendee, Yona Gindi, 31, whose husband is Syrian, found the topic interesting.

“When I hear about conversions, they’re not accepted into the Syrian community,” she said. “For me to sit here and listen to this against the Syrian point of view made me happy.”

Her husband, Morris, a commercial photographer, wasn’t too sure about Rabbi Amsellem’s reception in the Brooklyn Jewish community.

“Brooklyn would throw tomatoes at him,” he said.

He concluded his speech by talking about the two different lands of Israel: the land of Bnei Brak and the land of Tel Aviv.

The Renegade: Kicked Out Of Shas, Rabbi Chaim Amsellem Is On His Own

“I asked myself is it possible for people from Russia, who were persecuted because they were Jewish and now we say they’re goyim and they die for the sake of Israel?” He said. “We cannot accept this.” “We cannot have a wooden heart.”