The most liberal Orthodox rabbinic group in the U.S. has voted down its first proposal to accept women members.

He would not divulge the specific vote count as the rabbis voted down proposals to allow women full or limited membership.

Though not surprising, the outcome was seen as a blow to advocates of increased recognition of women in synagogue roles, especially since Rabbi Weiss, as a founder of the IRF, has been a leader in calling for such efforts.

The IRF was founded, in part, to serve as a home to rabbis not accepted as members of the Rabbinical Council of America, the largest Orthodox rabbinic group. Rabbis whose ordination is from Yeshivat Chovevei Torah, the rabbinical school Rabbi Weiss founded, have not been allowed membership in the RCA. 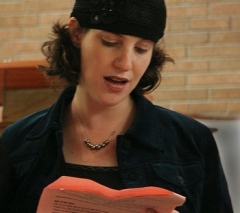 The most likely female candidate for IRF membership, Rabba Sara Hurwitz, who functions in a rabbinic role at the Hebrew Institute of Riverdale, where Rabbi Weiss is senior rabbi, acknowledged disappointment with the vote. But she said she is focusing on other issues, like her work at Yeshivat Maharat, the small yeshiva for women she heads, and seeking to network with other women involved in synagogue leadership.

She noted that some IRF members advocated for women’s membership and said she is “looking for a time when men and women can be equal partners, especially in the area of spiritual leadership.”

Rabbi Weiss said he had hoped that women would be admitted.

“Although this was not the outcome, I found the discussions respectful, productive and uplifting,” he said. “Every voice in the conversation supported maximizing the role of women in spiritual leadership in the Orthodox community, both within the synagogue and without.”

The discussion, he said, focused on “what is the right way for the IRF as an organization to practically go forward at this juncture in time.”

Fellow IRF co-founder Rabbi Marc Angel said he believes that had the vote been framed as simply seeking to admit Rabba Hurwitz, it would have passed.

But since it was a general proposal to accept women members, he said, and since there are no Orthodox women rabbis who qualify for membership, the proposal was defeated.

“I think she does fit the bill,” Rabbi Angel added, referring to Rabba Hurwitz. “She has the equivalent training, but that wasn’t the question asked.”

He said he thinks women will be admitted to the IRF at some point.

Describing the debate leading up to the vote, Rabbi Gelman, the group’s president, said that advocates for women’s membership argued that since the IRF already was in favor of women serving in synagogues and other areas of Jewish life, membership was a natural next step.

Some felt that it was unethical and immoral not to do so, the rabbi said.

Opponents maintained that the IRF was not an ordaining organization and therefore not the appropriate one to decide whether or not to admit women.

The majority of the rabbis rejected the argument that this was an issue of ethics or morality, he said.

Another factor in the vote was concern about maintaining the IRF’s credentials in the Orthodox community.

“Some argued that it is important for our group to have a voice in the Orthodox rabbinic world, to be relevant and be heard,” Rabbi Gelman noted. “Our group is in its infancy and this is not the right time” to accept women members.

He added that some member rabbis were concerned about getting too far ahead of their synagogue constituents.

Rabbi Gelman said he personally opposed admitting women, in part because “this is not the road for the IRF to go down at this time. We want to gain some traction and deal with nuts and bolts issues and be seen as an educational leader.”

He cited such issues that are “at the heart and soul” of Jewish life as “Talmud Torah, stale tefillah [prayer] in some shuls, spirituality, and the day school economic crunch.”

Rabbi Gelman emphasized that the IRF “has publicly stated that we are in favor of women serving in various forms of congregational and communal religious and spiritual leadership in accordance with the halacha and Orthodox practice.”

Robin Bodner, executive director of JOFA, the Orthodox feminist organization, said her group “applauds the IRF for making some bold statements, including that women can paskin [make halachic decisions], while at the same time we hope to soon see the day when women are included in the IRF as full-time members.”

Steven Bayme, national director of the American Jewish Committee’s contemporary Jewish life department, said he was not surprised by the vote, observing that the IRF was seeking “to maintain its bona fides” in the Orthodox community.

He said the group serves an important role in that community in that it is “poised to articulate alternative positions” and has “moved toward greater women’s participation.”

The bind for Orthodoxy, according to Bayme, is that it is enjoying “a demographic resurgence by moving to the right.” He said the IRF, with its more lenient views than the RCA on significant issues, like conversion, has “the opportunity to take a leadership position that embraces the wider world.”