While 90 percent of OU's funding comes from kosher certification fees, profits are funneled back into community organizations. "Kosher agencies aren't making billions," says the OU's COO Rabbi Moshe Elefant, holding up the lapels of his rumpled suit. "If we were making billions, I wouldn't look the way I look.

The throng inside the Meadowlands Exposition Center—Israeli women in long skirts, Hasidim in floor-length coats, Wal-Mart (WMT) buyers in Dockers—might have struck some as the casting call for a Mel Brooks movie. However, the crowd had come to Secaucus, N.J., in late October for the annual extravaganza known as Kosherfest, a two-day trade show connecting kosher food buyers and sellers from across the globe. Though the event is still dominated by marquee brands of High Holidays past—Empire Kosher chicken, Streit's matzos, Gold's horseradish—a swarm of rabbis mobbed booths featuring the latest converts to the rapidly expanding world of kosher food: frozen spring rolls, Canadian hemp oil, Glenmorangie Scotch, and Ed Hardy tequila in an ornately decorated bottle with a skull stopper.

Kosher was once a set of rules that Jews observed primarily in the home. Meat was ritually slaughtered by local rabbis, bread was bought from kosher bakeries, and everything was cooked according to the Biblical laws of kashrut. As processed and packaged foods replaced homemade matzo balls, though, kosher consumers began to demand more variety. Starting in the 1930s, brands such as Coca-Cola (KO) have increasingly obliged by pursuing kosher certification agencies to bestow their products with a hechsher, or stamp of approval. Now the kosher retail market, which represents upwards of $13 billion in annual sales, according to Brooklyn (N.Y.) marketing firm Lubicom, even includes certain foods—such as chocolate Easter bunnies—that many Jews might never eat. Says Sue Fishkoff, author of Kosher Nation: "Today, one-third to one-half of the food in a typical American supermarket is kosher."

The business of becoming kosher remains tightly regulated by certification agencies. Such groups are built around the work of a mashgiach—a hybrid of a Talmudic scholar and a Food and Drug Administration inspector who supervises food production to ensure everything is kosher. That means overseeing the slaughter and cooking processes of meat and fish, ascertaining that each ingredient entering a plant is inscribed with the hechsher, and keeping kosher food production separate from that of non-kosher food.

At the top of the kosher food chain is Manhattan-based OU Kosher, a division of the Orthodox Union, a kashrut powerhouse that supervises and certifies production in more than 6,000 plants in 77 countries. It employs 75 full-time mashgichim and a small army of advising rabbis. While the OU's stamp appears on everything from AriZona Iced Tea drinks to Nabisco (KFT) cookies and Tootsie Roll candies, its real growth comes from the phenomenon of trickle-down koshernomics. An ingredient supplier hoping for a contract with a kosher-certified Big Food outfit must first submit to the strictures of kashrut. "It's a domino effect," says Rabbi Moshe Elefant, OU's executive rabbinic coordinator and chief operating officer. "When you have Pillsbury or General Mills (GIS) going kosher, you're talking about thousands of ingredients made by hundreds of companies in thousands of plants, each of which needs to be certified." 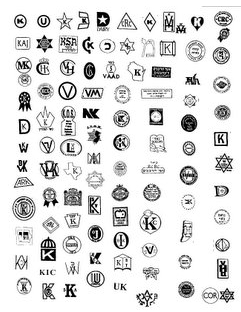 The process doesn't come cheap. Companies that make a single product with an approved list of kosher-certified ingredients require only a few inspections per year. Factories that make both kosher and nonkosher products in the same plant—or those that develop new products from numerous ingredients—require extra supervision. This can involve weekly or even daily inspections that drive annual costs into the hundreds of thousands. Brooklyn's OK Kosher, OU's fiercest competitor, certifies 20 new companies each week, many of which are ingredient producers. Rabbi Chaim Fogelman, a spokesman for OK Kosher, estimates the agency is growing at around 15 percent annually.

As a result, supermarket shelves now groan under the weight of kosher offerings. A recent addition, James Tea, a maker of tea concentrates in Painesville, Ohio, converted this fall after being courted by a kosher-certified whiskey brand to make an alcoholic tea. Faced with the choice to certify his own product or risk losing the business, James Tea owner James Kekelis paid Cleveland Kosher just over $2,000 for a hechsher and rushed to open a booth at Kosherfest.

As the food industry's supply lines have spread globally, the business of kosher certification has followed the diaspora. Kosher agencies currently compete to certify artificial flavors in Thailand, canned tuna in the Philippines, packaged olives in Egypt, and a staggering number of additives in China. "Picture the sight of one of our rabbis riding up a Tibetan mountainside on a donkey," says Rabbi Menachem Genack, OU's chief executive officer. "Why's he there? Because there was a shortage of casein—a milk-derived protein used in processed foods. Someone was extracting the protein from yak milk in Tibet, and we had to be there to certify it!"

Those in charge of kosher certification point out that, despite the industry's growth, most organizations remain nonprofit. While 90 percent of OU's funding comes from kosher certification fees, profits are funneled back into community organizations. "Kosher agencies aren't making billions," says Rabbi Elefant, holding up the lapels of his rumpled suit. "If we were making billions, I wouldn't look the way I look."

The reality is that the OU and many other kosher supervising agencies hide behind the church exception to IRS filing rules. This means that, despite Rabbi Elefant's claims, we do not know how much the OU really makes let alone where the OU's money really goes.

The OU is taking in hundreds of millions of dollars each year, according to estimates I've seen.

Yet day schools are still in crisis, tuition is skyrocketing and many Jewish families are worse off financially than they have been since the Great Depression.

And this is beyond that fact that most items certified as kosher do not need kosher certification at all, and that many of the "necessities" of kashrut we take for granted are only humrot, stringencies, pushed on us over the past four or five decades by the kosher food industry.

The OU should have an independent third-party-certified audit done and published so its constituency can see where the money really goes.

Of course, it won't do that.

Posted at 09:26 AM in Kosher Scandal | Permalink

While 90 percent of OU's funding comes from kosher certification fees, profits are funneled back into community organizations. "Kosher agencies aren't making billions," says the OU's COO Rabbi Moshe Elefant, holding up the lapels of his rumpled suit. "If we were making billions, I wouldn't look the way I look.