Haredi officials say Prime Minister Benjamin Netanyahu promised then he would not advance the law if it passes preliminary reading. 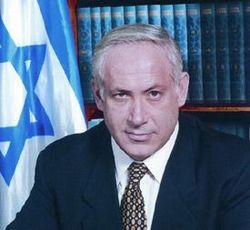 The cabinet is expected Sunday to approve a bill recognizing conversions conducted by the Israel Defense Forces, despite the objection of Shas. Sources in the haredi party say, however, that according to an agreement reached with Prime Minister Benjamin Netanyahu, the law will be "buried" immediately after its approval.

According to recent negotiations between Cabinet Secretary Zvi Hauser and Shas Chairman Eli Yishai, Shas ministers may abstain or even vote in favor of Yisrael Beiteinu's military conversion bill, as long as it only passes a preliminary reading at the Knesset and is part of the general conversion law under the supervision of Chief Sephardic Rabbi Shlomo Amar.

A senior Shas official told Ynet on Saturday night that "Netanyahu's people suggested that we don't make a big deal out of it, promising not to advance the law after it passes a preliminary reading, basically burying it."

Another party official said Shas would vote against the bill, but clarified that there would be no coalition crisis. He added that the prime minister promised that the law would be brought to a preliminary reading but would not be advanced any further without the approval of Shas and Rabbi Amar.

"Naturally, we will oppose a preliminary reading as well, because you can't be sure that the government won't continue advancing it in the future, in case of a coalition crisis," the source explained. "This proposal basically cancels the Chief Rabbinate's authority in terms of army conversions."

He added, however, that his party was negotiating with Prime Minister Netanyahu on the matter in order to reach a formula accepted by both sides, saying that he believed a solution would ne found by the time the Knesset votes on it on Wednesday.

The IDF conversion issue is not the only issue on the agenda. Additional bills agreed upon in the coalition agreement with Yisrael Beiteinu, including the general conversion law and the civil marriage law, are also expected to be discussed.

"Netanyahu will vote in favor of the IDF conversions, but will move closer to the haredi stand on the other issues, which are more sensitive and have an effect on the Jewish world," said a senior Likud minister. "These issues have been dragging on for a long time, so tensions are expected to develop between Yisrael Beiteinu and the haredim, which will cause problems in the coalition."

A coalition official noted that "these laws are not expected to prompt an immediate response, but we must also remember the approaching budget law, as well as the unpleasant atmosphere in the coalition. Netanyahu will have to navigate wisely between these obstacles in order to calm everyone down."

Knesset Member David Rotem of Yisrael Beiteinu said Shas' ministers were "trying to distort reality by claiming that the bill harms the status quo, but it's clear to all that the real damage to the status quo was caused when Rabbi Amar failed to voice a firm stand against the conversions' validity and did not speak out against those who questioned them. In the past, and more than once, Amar was the one who praised and glorified this conversion process."

Roni Sofer contributed to this report.

But by the end of business Sunday, the story became even worse:

Prime Minister Benjamin Netanyahu decided Sunday not to hold a government vote on the military conversions bill. Netanyahu discussed the matter with Shas Ministers Eli Yishai and Ariel Atias for two hours, and the three agreed that Chief Sephardic Rabbi Shlomo Amar would make a decision on the matter.

Earlier, Netanyahu praised Interior Minister Yishai for his "intensive activity" which led to the approval of NIS 100 million (about $28 million) for improving Israel's firefighting services.

The cabinet meeting was temperamental. Justice Minister Yaakov Ne'eman shouted that "the attempt to advance this law is political." The meeting was stopped for a long period of time to allow Netanyahu to sit down with the Shas ministers at the cabinet secretariat.

Ministers defined the meeting as "very embarrassing". One of the ministers told Ynet, "Rabbi Druckman came and said, 'Listen, there has always been an IDF conversion, but someone suddenly found out that there was a technical problem. So it's not healthy to have both an IDF conversion and a regular conversion because people won't distinguish between them. Rabbi Amar is very logical, but he's abroad, so let's wait a few days.'"

Shas' ministers accepted this stand. "There is only a technical problem here, and we are in favor of conversions in the army," one of them said.

Foreign Minister Avigdor Lieberman listened, but refused to budge. "I don't agree, I am in favor of competition. I don't want to drag this matter anymore. I have been waiting for these things to move for years. I want conversions in the army. It's the melting pot, and conversions must take place there. There are 300,000 people seeking a solution."

At this stage the other ministers asked Lieberman to give up and to agree not to vote on the bill. Lieberman was infuriated and said "no". "We had a coalition agreement about the government system, about the conversions, about the loyalty law. You gave us nothing… I want the IDF to be the way to convert. I am in favor of separating the IDF from the Chief Rabbinate's conversion."

The prime minister, who spend a long time striking the deal with the Shas ministers, did not say a word. Only towards the end of the meeting he said, "We're not going to vote on it today. Perhaps we'll find a solution by Wednesday."

Ynet reported Saturday night that Netanyahu had offered to "bury the law" after it passes a preliminary reading at the Knesset. Shas turned down the proposal, demanding that he call off the government vote.

The deal the prime minister struck with Shas means that the party's appeal against the law still stands, and the entire coalition will be forced to vote against the Yisrael Beiteinu bill at the Knesset on Wednesday.

It is still unclear whether the bill will be voted on, although its initiator – Yisrael Beiteinu Knesset Member David Rotem – insists on bringing it to the Knesset.

"As long as there has been no vote on our appeal, the government cannot vote in favor of the law, and this applies to all coalition members," a senior Shas official said Sunday.

MK Rotem said Saturday night that Shas' ministers were "trying to distort reality by claiming that the bill harms the status quo, but it's clear to all that the real damage to the status quo was caused when Rabbi Amar failed to voice a firm stand against the conversions' validity and did not speak out against those who questioned them. In the past, and more than once, Amar was the one who praised and glorified this conversion process."

Haredi officials say Prime Minister Benjamin Netanyahu promised then he would not advance the law if it passes preliminary reading.