Haredi news website banned by dozens of leading haredi rabbis. UPDATE – Do we now know the name of the man behind the ban?

Will VIN shut down? Will it subject itself to rabbinic editorial control and censorship? Or will it challenege the ban?

I'm hearing talks are underway for a hechsher, rabbinic seal of approval for all content, for VIN and other haredi websites.

Update 2:10 pm CST – Shimon Weiser from Williamsburg is allegedly the man behind the ban. He allegedly works for the Zalman Leib faction of Satmar.

According to a source, Weiser is supposedly “obsessed with tznius [modesty issues], and is a known fanatic. He's always busy with such things as bans etc.”

Weiser’s brother is Moshe Weiser, an NYPD Liason, and former Williamsburg Shomrim member. He was kicked out of Shomrim for various unstated reasons.

Weiser also has another brother, Benjamin Weiser, the owner of Fidelity, the credit card processing company. Fidelity has advertised on VIN for years. 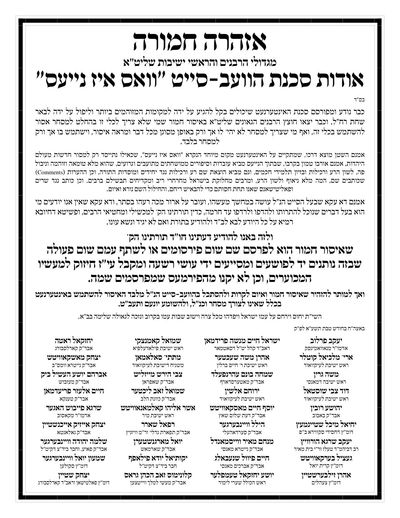 Posted at 10:28 AM in Bans & Censorship, Haredim, Web/Tech | Permalink

Haredi news website banned by dozens of leading haredi rabbis. UPDATE – Do we now know the name of the man behind the ban?