The Case for Speaking Openly About Jewish Ethics And Jewish Criminals: If Not Now, When?

The Case for Speaking Openly About Jewish Ethics: If Not Now, When?
Moses L. Pava • Special to FailedMessiah.com 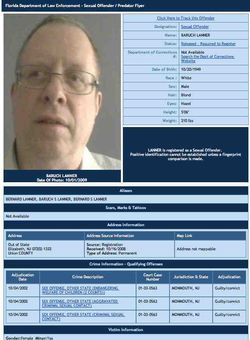 Several years ago I was on the Steering Committee of a Modern Orthodox think tank. A research paper downplaying sexual abuse in the Jewish community was to be presented at our annual conference, and I asked the conference organizer to put me on the agenda as a responder to the paper. I was told, though, that given my emotional vulnerability on this particular topic -- he was aware that a very close relative of mine was a victim of sexual abuse -- that this would not be a good idea.

On a separate occasion, an officer of the Orthodox Union contacted the Edah organization and tried to remove me from speaking at a conference in NYC on the same subject for the same reason. Although the OU had no way of knowing what the substance of my remarks would be, they felt that it was inappropriate for me to talk publicly about “Jewish ethics in a time of crisis.” This, by the way, was just a little bit after the Baruch Lanner sexual abuse story first broke in the Jewish Week. To Edah’s credit, and my lasting gratitude, I was kept on the program despite the OU’s misgivings.

I mention these two personal incidents because I believe that our ability to improve Jewish ethical behavior, both at the individual and at the organizational level, is a direct function of our ability to talk openly and honestly about Jewish ethics, both our successes and our failures.

Talking openly and honestly about Jewish ethics, however, is not as easy as it sounds. There are almost always powerful and entrenched interests opposed to such dialogues.

Consider, for example, the notorious case of Bernie Madoff, arguably a man who stole more money for personal use than any other person in history. In a recent front page article, appearing in the Jewish Press, Abraham Foxman, National Director of the Anti-Defamation League, asserts that Madoff’s  Judaism is irrelevant and off-limits, when it comes to understanding his crime. Foxman writes, “in the case of Bernard Madoff, story after story emphasized his Jewish background - despite the fact that it was basically irrelevant to the history of fraud and deception that placed Madoff in the spotlight.”

Mentioning Madoff’s crime and his Judaism in the same breath, according to Foxman, is “a form of lazy thinking that is difficult to avoid, especially when society is so deeply permeated by a particular pattern of ideas...” Foxman singles out the New York Times for special mention. “The New York Times just two days after his arrest managed to use the word "Jewish" three times in its first nine paragraphs.”

But much worse than lazy thinking, Foxman finally concludes that the Madoff story activated a particularly deep-seated and pernicious stereotype, “the age-old pattern of false and slanderous beliefs about Jews and money.”

I am quite certain, like Foxman, that many anti-Semites were delighted when Madoff was arrested. I am much less sure, however, that his Judaism is completely irrelevant to understanding his crime and putting it into an appropriate context from which important ethical lessons might be learned and passed along to the next generation.

Madoff publicly identified himself as a Jew, and was a well-known and honored Jewish philanthropist. He was, if nothing else, a friend to those in the highest echelons of Jewish leadership and power in America, and a highly sought-after role model to be emulated by many in the Jewish community and beyond. Madoff was, what the novelist Tom Wolf, in Bonfire of the Vanities, called a “master of the universe.” But, Uncle Bernie was our master of the universe.

Anyone who has read Harry Markopolos’s book, No one Would Listen: A True Financial Thriller, now knows -- beyond doubt -- that there was ample evidence, publicly available, for many years, that Madoff was a crook. It is truly hard for me to believe, that among Madoff’s most sophisticated investors, most (if not all) of them did not suspect that something was not quite kosher. Satisfied investors did not in their wildest dreams imagine that he was running a Ponzi Scheme, but many may have believed that he was engaging in a form earnings management or trading (for their benefit) on inside information which, they believed, he had privileged access to through his trading floor. These investors kept their suspicions to themselves and kept writing checks to Bernie Madoff.

A crime of Bernie’s magnitude is not accomplished by a single, demonic, financial genius, acting as a lone ranger. It requires the bumbling help of the Securities and Exchange Commission. It requires the nearly universal silence of the financial media (with two notable exceptions). It needs the help of corrupt accountants, dozens of greedy fund managers, and hundreds of hungry investors who view the bottom-line as the only line that really matters. A crime of this sort is only possible in a society that tolerates unprecedented income and wealth disparities.

Madoff’s notorious crime is a product of our unique times and culture. To one degree or another, we were all Madoff enablers. This does not mean that the Jewish community is especially culpable, but it does mean that various communities, including the Jewish community, must engage in ongoing soul-searching and self-reflective discussions.

From a Jewish point of view, we must begin to raise and answer questions like the following: Is it permissible to benefit from an investment when one has strong reason to believe that something is not quite right? Can a society where nearly 25% of income goes to the top 1% of wage earners still be considered a just society? Should the largest and most important non-profit organizations, Jewish or otherwise, be run by boards made up almost exclusively by a small cadre of the wealthiest subset of citizens?

The point of engaging in ethics dialogues of the sort I am advocating is not to assign blame, but it is to educate the next generation of Jewish business men and women and non-profit organizational leaders.

On December 11, 2008, Bernie Madoff was arrested for masterminding the largest Ponzi Scheme in history. It has been nearly two years since the story first broke. Many Jewish leaders, like Abraham Foxman and others, think it’s time now we put this and similar stories behind us. Alternatively, I suggest that for those of us who are still angry, let’s use our emotional vulnerability constructively.

Jewish ethics, at its best, is a process, grounded in traditional vocabulary and deeply-held principles. It is designed to allow us to learn from experience, to help illuminate the facts, to engage in reasonable criticism, and to propose creative alternatives to the status quo. Whether the topic is sexual abuse or business failures,  not everyone likes to this process succeed. But, if not now, when?

Moses Pava is the Alvin Einbender Professor of Business Ethics at Yeshiva University. His most recent book is Jewish Ethics as Dialogue: Using Spiritual Language to Re-imagine a Better World.

The Case for Speaking Openly About Jewish Ethics And Jewish Criminals: If Not Now, When?