“I don’t think some naughty Jewish guy with a chip on his shoulder is going to bring ritual circumcision down,” Mr. Trager said, listing dictators like Hitler and Stalin who tried to forbid the practice. 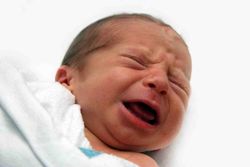 Over the last decade, Rabbi Moshe Trager has performed more than 3,000 circumcisions on Bay Area Jews, he estimates. Mr. Trager, 45, said he sometimes performs as many as five in one day — driving as far as Lake Tahoe to snip a foreskin, helping modern Jews fulfill a commandment they believe was first issued by God to Abraham thousands of years ago.

Mr. Trager said he is not worried about an initiative to ban circumcision of boys in San Francisco, which may land on the November 2011 ballot. “I don’t think some naughty Jewish guy with a chip on his shoulder is going to bring ritual circumcision down,” Mr. Trager said, listing dictators like Hitler and Stalin who tried to forbid the practice.

The initiative is being circulated by a retired hotel credit manager, Lloyd Schofield, and needs 7,100 signatures to qualify for the ballot, a relatively easy task in a city with more than 800,000 residents. Mr. Schofield says the initiative is needed to protect children from what he calls “forced genital cutting.”

The initiative would amend San Francisco’s police code “to make it a misdemeanor to circumcise, excise, cut or mutilate the foreskin, testicle or penis of another person who has not attained the age of 18.” Violations would result in a $1,000 fine.

Those familiar with such ballot questions say the initiative stands virtually no chance of passing and is destined to become the latest measure to bring ridicule to San Francisco, like the failed 2008 proposition that would have barred the police from enforcing laws against prostitution.

But the circumcision measure has managed to enrage the Bay Area’s Jewish establishment. The Anti-Defamation League, the Jewish Community Relations Council, the Board of Rabbis of Northern California and the American Jewish Committee issued a joint statement calling brit milah, the covenant of circumcision, “of fundamental importance in the Jewish tradition.”

Dr. Mark Rubenstein, a retired pediatrician in Walnut Creek who has performed circumcisions on Jews and non-Jews for 49 years, said even Jewish parents who eat pork, work on the Sabbath and celebrate Christmas will circumcise their children.

“Do I keep a kosher home? No,” Dr. Rubenstein said. “But are I, my sons and grandsons circumcised? You better believe it.”

According to a 2007 report from the World Health Organization, circumcision remains nearly universal among American Jews, with 98 percent of Jewish men having been circumcised. About 80 percent of American males are circumcised, but recent studies have shown that rates are declining.

The numbers may be trending downward in Northern California, where a small but vocal number of parents and medical practitioners have been speaking out against the practice.

Their leader is Dr. Mark David Reiss, a retired San Francisco physician who promotes an alternative ceremony for newborn boys. He calls it brit shalom, or the covenant of peace, and says it is immoral to perform a surgery with minimal health benefits and the potential for complications.

Posted at 08:00 PM in Circumcision | Permalink

“I don’t think some naughty Jewish guy with a chip on his shoulder is going to bring ritual circumcision down,” Mr. Trager said, listing dictators like Hitler and Stalin who tried to forbid the practice.