A new halakhic study concludes it is a mitzvah for Israeli spies to have sex with terrorists to further Israel's security. 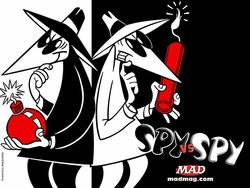 For the attention of “Cindy,” the Mossad agent who seduced the atomic spy, Mordechai Vanunu: a new Halachic study has established that it is a mitzvah to have sex with a terrorist for operational purposes. The new study establishes guidelines on this issue. For example, if the agent is a married woman, “it would be best for her husband to divorce her before, and after the act he will be entitled to take her back.”

The title of the study is “Illicit Sex for the Sake of National Security,” and it appears in the new edition of Tehumin, an annual publication of Halachic studies on issues that pertain to the interface between religion and modernity -- Kashrut, the army, the economy and so forth. The periodical is published by the Tzomet Institute in the Etzion Bloc, and which is identified with the Religious Zionist movement.  The article was written by Rabbi Ari Shvat, a teacher of Jewish studies. Rabbi Shvat published in this case a guidebook, so to speak, for the woman Mossad agent who serves as a seductress and is forced to sleep with dangerous terrorists either in order to obtain vital information or to bring about their capture. This is known in professional jargon as setting a “honey trap,” and it was used in the Vanunu case as well as, according to foreign reports, in the assassination of the terrorist Mahmoud al-Mabhouh in Dubai last January.

Rabbi Shvat addressed in his study past instances of Jewish seductresses, such as Queen Esther (who slept with Ahasueras, the king of Persia, in order to help the Jews) and Yael, the wife of Hever, (who tradition suggests slept with the enemy chief of staff, Sisra, in order to tire him and to cut off his head). It turns out that a fierce debate raged in the Gemara about such significant questions. The conclusion drawn by the Gemara was that if having sex with a gentile is crucial for advancing an important national purpose, it is even to be considered a mitzvah to do so.

“Of course, one ought to prefer an unmarried agent for a honey trap mission,” wrote Rabbi Shvat, “but if it is necessary to use a married woman it would be best… were her husband to divorce her with a get, and after the act he would be entitled to bring her back.” In order to help the couple avoid the discomfiture of having to go to the rabbinate each time, Rabbi Shvat has authorized the couple to be divorced in writing so that the matter does not become public. If the couple doesn’t have an opportunity to divorce prior to his wife leaving on the mission, her husband is obliged to divorce her after the fact since, according to Halacha, she betrayed him, even if it was for the sake of an important national mission.

Any woman who is thinking about applying for the job needs to take into account that she won’t be able to marry a Cohen, but the author of the study seems to realize that that isn’t what is going prevent women from enlisting into the Mossad ranks or, as the article put it: “Naturally, a job of that sort could be given to a woman who in any event is licentious in her ways.”

In conclusion, Rabbi Shvat wrote: “Not only is it permissible but the sages raise that action of devotion to the top of the pyramid of Halachic priorities as the most important mitzvah of all.”

The director of Tzomet and the chief editor of Tehumin, Rabbi Yisrael Rosen, praised the new study as daring and important. “Despite the fact that women employees of the Mossad are probably not going to come consult with a rabbi, it is an important connection that requires courage to make.”

A new halakhic study concludes it is a mitzvah for Israeli spies to have sex with terrorists to further Israel's security.