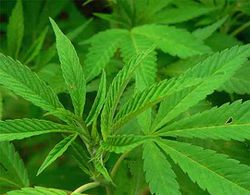 On a late summer afternoon in Berkeley, California, Eliezer “Sticky” Green, a bearded hipster in hemp shorts and a Green Festival T-shirt, is sitting across the street from his medical-marijuana collective, smoking a joint. It’s not an uncommon sight in the East Bay—home of the country’s first cannabis trade school, Oaksterdam University—but an hour later Green is doing something a bit more out of character for the Bay Area: He’s wrapping tefillin and davening mincha, the afternoon prayers.…