Kabbalists predict China's demise, Israel's expansion into Syria, and a giant jellyfish attack. Europe and the US would also "fall apart." "The earth is tired of the impurity in the world and that is why there will be earthquakes." 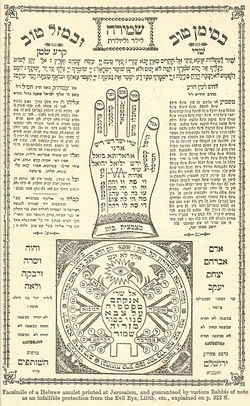 The Jewish New Year is upon us and with it a number of predictions, coming surprisingly from the mouths of rabbis specializing in 'kosher' mysticism. Among prophecies issued are the collapse of empires, the death of a non-Jewish leader, and the flourishing of Israel's economy.

"God will cleanse the world and erase China from the world this year, and there will be rough winds there," Nir Ben-Artzi, a local kabbalist rabbi, told a conference on Yom Kippur held in Telamim.

Europe and the US would also "fall apart", he said, adding, "The earth is tired of the impurity in the world and that is why there will be earthquakes."

Ben-Artzi, who is considered by his followers to have supernatural powers, also had optimistic tidings for his audience, but only where Jews were concerned.

"There will be no end to the realty in Israel. The state will grow as we push Syria and Jordan aside. Israel will be the richest country in the world in money and in spirit," he said. "Though it sounds deluded, the messiah will reveal himself in these days."

Rabbi Mordechai Ganot, who is slightly more accepted among mainstream haredim, also voiced his predictions. He is considered a top specialist in astronomy, despite never having taken an academic course on the subject.

'Davar Be'ito' (Everything in its Time), the popular calendar he produces, portrays scientific maps of the sky and the planetary orbits. With it he predicted that a leader would die this Jewish year.

"If a lunar eclipse occurs in the month of Sivan, in the summer, then a great gentile king will die and another rise instead, and there will be a great confusion between them," he quoted from an ancient text. "It is entirely probable that his death will be preceded by an earthquake. It is hinted in a biblical verse."

A solar eclipse is expected in the month of Tevet, just two days ahead of Shvat, but despite the fact that the calculations are off by two days he warned, "If the sun is eclipsed in Shvat, great confusion will come on the world , and from the side on which the eclipse begins there will be evil in the world and the highest mountains will be destroyed."

But not to worry, there are also scenarios that can be prepared for. The rabbi says that on the 22nd of the month of Nissan, in the spring, humanity must beware of a computer virus dubbed 'Chernobyl', because that day, according to the Gregorian calendar, is the anniversary of the nuclear disaster that occurred there, and this will spark a global hacking spree.

In Tammuz, which falls around summertime, Rabbi Ganot's calendar predicts that "giant jellyfish" will invade the shores of Israel and endanger bathers.

Lastly, in the months of Tevet and Shvat the rabbi recommends refraining from slaughtering geese "because at the time of slaughter, the angel of geese has permission to harm the slaughterer".

Kabbalists predict China's demise, Israel's expansion into Syria, and a giant jellyfish attack. Europe and the US would also "fall apart." "The earth is tired of the impurity in the world and that is why there will be earthquakes."
Failed messiah was established and run in 2004 by Mr. Shmarya (Scott)Rosenberg. The site was acquired by Diversified Holdings, Feb 2016.