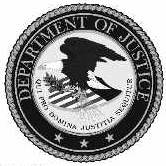 Judges say it's unusual for the missteps of U.S. attorneys in the state to be serious enough to overshadow the often powerful evidence against defendants in federal cases or to warrant relief for defendants. But it does happen.

"I can tell you it's not a frequent occurrence," said U.S. District Judge Robert Pratt, based in Des Moines. "But even if it happens one time, that's too many."

"We do this not only because we wish to avoid criticism from the court, but also because each of us employed by this office honors our oath to ensure justice is done," Rose said in a statement.
Still, the impact of such missteps can be huge - for both individuals and the government.

One recent high-profile example: Sholom Rubashkin, the key figure in the U.S. government's 2008 raid on the Agriprocessors plant in Postville, could earn a new trial this year if his attorney's recent findings prove to be a violation of his due process.

Guy Cook, Rubashkin's attorney, said the results of a Freedom of Information Act lawsuit filed after Rubashkin's trial last year showed government lawyers had several ex parte, or secret, meetings with trial Judge Linda Reade before the Postville raid.
Prosecutors say the judge did nothing improper. Reade has said she had limited "logistical cooperation" with law enforcement before the raid, to ensure the detained immigrants were given attorneys and interpreters.

A jury in South Dakota found Rubashkin, the company's vice president, guilty of all but five of 91 business fraud charges. Reade sentenced him this year to 27 years behind bars.

A leading national expert on lawyer ethics, Stephen Gillers, has since submitted an affidavit for the defense, saying the prosecutors' meetings violated rules governing ex parte ethics.
"These kinds of challenges are not very common," Cook said. "But our motion raises very serious questions about the due process afforded Rubashkin."

Prosecution can drift 'close to persecution'

A sampling of 10 instances of misconduct involving Iowa prosecutors since 1998, collected by USA Today, shows prosecutors in both the state's Northern and Southern districts have withheld exculpatory evidence, made false statements, tainted defendants in front of juries and acted in bad faith after making plea agreements.

In each of the cases, judges were compelled to take action on behalf of defendants or reprimand government attorneys.

In one 2000 example, a man accused in a large methamphetamine-and- cocaine conspiracy was granted a new trial because prosecutors in the Northern District made several missteps that a judge called "egregious, suggestive and inflammatory."

The defendant, Heath D. Schneider, had to be retried and was acquitted.

Prosecutors are subject to extensive rules aimed at making sure jurors get all the facts in a case and defendants get justice. Judges often admonish attorneys for the government to guard against statements that appeal to jurors' emotions or fears.

Defense lawyers say it's impossible to know how widespread prosecutorial misconduct is because they have no way of knowing how often such abuse occurs.

Rose, the U.S. attorney for the Northern District, based in Cedar Rapids, insists it is rare.

She pointed out that the seven cases from the Northern District identified by USA Today occurred over more than 10 years.

"During this same time span, the United States attorney's office for the Northern District of Iowa obtained criminal charges against approximately 4,300 defendants," she said. "The cases you have asked about make up less than 0.162 percent of the cases brought during the last 10 years."

Defense lawyers say such moves by their courtroom opponents usually stem from overzealous or inexperienced prosecution, rather than deliberate attempts to prejudice a case. Still, lapses can have a devastating impact on a person's life.

"It's very hard for the public to comprehend, unless they know someone who's been the target of federal prosecution, how severely the deck is stacked against the accused," said Des Moines attorney Jerry Crawford. "The government has unlimited financial and human resources, and if one isn't careful, prosecution can drift dangerously close to persecution. The challenge involved ... is epic."

Crawford and another Des Moines attorney, F. Montgomery Brown, tried to get a criminal indictment against state Sen. Matt McCoy dismissed three years ago after the two proved an assistant U.S. attorney had misled them about the fact that the federal government was paying a key witness.

The case was especially high-profile and controversial because the two-year investigation of McCoy, a gay Democrat, was initiated by U.S. Attorney Matthew Whitaker, a conservative Republican. At the time, the U.S. attorney general's office was under investigation for alleged politically motivated firings of federal prosecutors. The controversy caused U.S. Attorney General Alberto Gonzales to resign.

Before McCoy went to trial, Assistant U.S. Attorney Mary Luxa assured defense lawyers that the FBI had not paid a key witness in the case, Thomas Vasquez. But McCoy's attorneys later obtained memos from federal prosecutors showing Vasquez had received $2,265 over about six months - with Luxa's approval.

The judge in the case, James Gritzner, decided to bring the case to trial nonetheless. In his ruling, he said, the alleged missteps were not flagrant enough to warrant the "rare remedy" of a dismissal. The case was not included among those highlighted by USA Today.
McCoy's parents, Bill and Maryann McCoy, say prosecutors' actions leading up to the case irreparably damaged their son's reputation, and they remain upset that the prosecutors involved were never sanctioned.

They also said prosecutors gave grand jurors biased, incomplete information, such as snippets of 11 hours of tape-recorded conversations, that made McCoy sound guilty. Portions of the recordings that made McCoy sound innocent were omitted, they said.
"It was a real travesty of justice. They were bent on finding him guilty," Maryann McCoy said.

A jury eventually acquitted McCoy in less than two hours - in large part because Vasquez, the key witness, was not considered credible. But the nine-day trial cost the senator and his family dearly, Bill McCoy said.

"I can't tell you the toll it took ... to have our family name drug through the dirt like that," he said. "It was the worst thing in raising five children I've ever seen in my life. But no one was ever sanctioned."
Luxa could not be reached Thursday for comment.

Klinefeldt, the prosecutor for Iowa's Southern District, would not comment on the McCoy case, or three others from the district that were identified in the USA Today database.

"I cannot comment on these specific cases as they occurred before my appointment as U.S. attorney," he said in a prepared statement. "What I can tell you is that we handle a lot of cases, we have a professional and dedicated group of prosecutors, and we are committed to the protection of defendants' rights."
Klinefeldt also said his office had recently implemented new measures, including training, that he hopes will ensure "more than ever before" that defendants receive all of the materials they are entitled to under federal rules and the U.S. Constitution.

Cases involving prosecutorial misconduct in Iowa are not collected in any one database.

USA Today identified the 10 Iowa cases as well as 191 others across the nation by searching court records, legal databases and the like. The list was not exhaustive, but experts nationally have said it shows prosecutors have repeatedly violated their duty to seek justice, even after Congress enacted a law in 1997 to end such abuses.
The 8th U.S. Circuit Court of Appeals, which handles Iowa cases, has set a two-part test for prosecutorial misconduct that can ultimately cause a judge to order relief for a defendant: The remarks or conduct must have been improper, and the alleged misconduct must have prejudicially affected the defendant's rights to a fair trial.

Judges don't always order new trials; they can seek other sanctions to underscore the seriousness of the mistake.

In 2008, for example, Judge Reade decided to greatly reduce the sentence of a drug dealer after prosecutors in the Northern District reneged on promises made to reach a plea agreement.
Authorities had found four gallon-size bags of marijuana during a search of defendant David Dicus' home.

But Reade said prosecutors blatantly misled him by asking the judge to enhance his sentence after saying they wouldn't.

"I think it's beyond blatant. I think it's egregious," Reade said during the sentencing hearing.

"To enter into an agreement that you're going to do something and do a 180-degree turn. ... Why isn't that blatant and egregious?"
Reade sentenced Dicus to a prison term close to the minimum called for by federal sentencing guidelines - 70 months for distributing marijuana.

She cited another recent example of prosecutors having violated a plea agreement, and said she had encountered other "incidents of serious prosecutorial misconduct in this district" as well.

The cases reported by USA Today are summarized by the Des Moines Register in the sidebar of this link.

UPDATE 11 pm CDT – In the comments section below, FGBA notes that Stephen Gillers, the expert quoted above on the Rubashkin case, was a consultant to USA Today for the series of articles this Des Moines Register report is based on. FGBA also notes Gannett owns both papers.

I'll add that Gillers is the expert whose affidavit filed with court makes clear he had not read the documents or examined the Rubashkin evidence personally. All he did is take Rubashkin attorney Nathan Lewin's spin on the documents and evidence at face value.

All in all, pretty shoddy reporting by the Register.