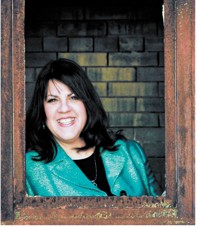 For Wendy Weiner Runge, the new Jewish year 5771 started out better than the old year 5770 ended. She was able to spend Rosh Hashanah with her family and friends at her home and synagogue in Minneapolis rather than in a Des Moines courtroom, miles from the nearest synagogue or kosher facility.

At the last minute, a pretrial hearing that had been scheduled for the first day of Rosh Hashanah was changed at the behest of Runge and her attorney.

Runge is the 45-year-old filmmaker who availed herself of generous tax credits offered by the now-defunct Iowa Film Office as incentives to make films in that state. She and two colleagues were the only filmmakers out of 25 companies to be charged with fraud.

Runge insists that every tax credit that she claimed was properly submitted to and approved by the Iowa Film Office.

During a deposition, Runge was offended by a deputy attorney general who asked her about the Rubashkin case in Iowa, implying that he was prejudging her case by associating her with the convicted Rubashkin, and implying that accused Jews are guilty before being proven innocent.

That incident was followed by the judge’s scheduling of a pretrial hearing on Rosh Hashanah, and his refusal to reschedule it despite repeated requests from Runge and her attorney Matt Whitaker.

Finally, Runge, working through her rabbi and her attorney, spelled out what would be needed for her, as an observant Jewish woman, to attend the hearing on Rosh Hashanah.

She explained that she would not be able to go through a metal detector at the courthouse, as doing so would set off lights, a violation of holiday and Shabbat laws. In that case, she would need to be strip searched, but that would require female security personnel. She would also have to housed at a hotel in walking distance of the courthouse, and would not be able to utilize an electronic key card for the hotel room.

Runge evidently made her point, and the pretrial hearing was not held on Rosh Hashanah.

In another development, which Runge views as encouraging, the trial — which had been scheduled for Sukkot — has been postponed until Jan. 10, 2011. This gives Runge and her attorney more time to “chip [the state’s case] away, fact by fact.”

Also, the trial will take place after election day, which Runge also views as positive, as she suspects political motivation behind the case against her.
Home for Rosh Hashanah, Wendy Weiner Runge was reminded that there is a big difference between the justice system in Iowa, which she says is “so broken,” and the justice system in Judaism.

“This time of year, we go directly to the Judge” with no one or nothing in between.

This article reads more like a press release than a news report.

Runge did things like charge the state exorbitant prices many times higher than retail for things like push brooms. She says this is normal business practice for filmmakers and reflects savings over renting these items. The state strongly disagrees.

Iowa has few Jews and, apart for Sholom Rubashkin and his associates, has few Jewish criminals.

It is highly unlikely the judge was at all familiar with the requirements of Orthodox Jewish law before Runge's case and, as I've said before, the judge's reaction could have had as much to do with the presentation of information to him by Runge and her attorney than anything else.

Even so, as I said two months ago it would do, the court moved the hearing and rescheduled the trial.

I know Runge and I have no reason based on that knowledge to believe she is guilty.

But I think Runge may be playing the antisemitism card in order to gain sympathy and support. And the haredi owned and controlled Intermountain Jewish News appears to be helping her do that.

Pre-trial hearing originally scheduled for Rosh Hashana, was also moved.
Failed messiah was established and run in 2004 by Mr. Shmarya (Scott)Rosenberg. The site was acquired by Diversified Holdings, Feb 2016.