How Not To Plan The Synagogue's Future

On the morning of the second day of Sukkot – a holiday for all but Reform Jews and the completely secular – I received the following email from S3K (please click to enlarge the image): 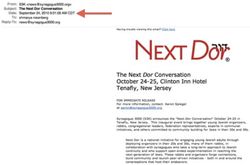 Synagogue 3000 (S3K) announces the "Next Dor Conversation" October 24-25 in Tenafly, New Jersey.  This inaugural event brings together young Jewish organizers, rabbis, congregational leaders, federation representatives, experts in communal initiatives, and others committed to community building for Jews in their 20s and 30s.

Next Dor is a national initiative for engaging young Jewish adults through deploying organizers in their 20s and 30s, many of them rabbis, in collaboration with synagogues who take a long-term approach to Jewish continuity and who support open-ended experimentation in reaching the next generation of Jews. These rabbis and organizers forge connections, build community and launch peer-driven initiatives - both in and around the congregations that host their endeavors.…

Among other YJA engagement projects, Next Dor stakes new ground by a distinctive ethos and combination of features ...

* It emphasizes building long-term commitment to Jewish life rather than momentary programming
* It espouses the principles of relational organizing (personal relationships are intrinsic to building community) Its approach is avowedly non-judgmental (everyone is welcome)
* It embraces social justice as critical to providing meaningful opportunities for involvement It builds long-term engagement through lasting friendships It builds spirituality, understanding that people seek meaningful lives
* It is marked by inter-personal and intellectual honesty (no conversations are out of bounds)
* It is grounded in the belief that Jewish tradition is innately enriching
* Its operations are congregationally based

In other words, on a holiday that – in theory – should be spent in a synagogue and in a sukkah, S3K chose to send out an email.

What was so urgent?

Couldn't the email have waited until Sunday or Monday? Or couldn't it have been sent out before the holiday?

Note S3K claims to be "grounded in the belief that Jewish tradition is innately enriching," and it also claims it emphasizes "building long-term commitment to Jewish life rather than momentary programming."

The issue here is not whether or not computer use is forbidden on Yom Tov and it is not an issue of  choosing the Reform interpretation of Judaism over the Conservative and Orthodox interpretation.

The issue is the total disrespect for what is supposed to be one of three big Jewish festivals.

In short, you can observe the holiday or not – that's up you.

But you cannot build Jewish continuity – especially through a group that is supposed to be "congregationally based "– by ignoring actual Jewish tradition and fostering ignorance.

You'd think Jewish professionals paid by the community to do synagogue-based outreach would know that.

But you'd be wrong.

Posted at 05:01 AM in Jewish Leadership | Permalink

How Not To Plan The Synagogue's Future

Synagogue 3000, also known as S3K, inadvertently shows why non-Orthodox attempts at building "Jewish continuity" will probably fail.
Failed messiah was established and run in 2004 by Mr. Shmarya (Scott)Rosenberg. The site was acquired by Diversified Holdings, Feb 2016.