The Satmar hasid was sentenced to three years in prison by a Tel Aviv court. 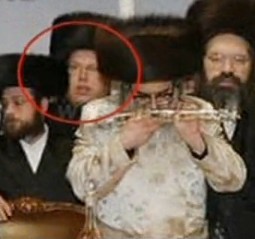 Bentzion Miller was the architect of a drug smuggling scheme that used allegedly unsuspecting Satmar yeshiva students to smuggle drugs into Japan.

Three of those students were arrested in Japan and convicted by Japanese courts. All are serving longer sentences under much harsher conditions than Miller, who was arrested in Israel and not extradited to Japan.

Here are the details in Hebrew.

The Satmar hasid was sentenced to three years in prison by a Tel Aviv court.