"When the Slifkin debacle was taking place, I was being sent on a daily basis entry after entry attacking gedolei Torah.…terrible attacks on gedolei Torah being perpetrated by the “bloggers”…These people had always existed of course, but they were usually relegated to the back of the shul or the mikva, where they would share their witticisms and attacks on Torah among themselves."

The following letter was purportedly written by Rabbi David Orlofsky in response to my post on his anti-Modern Orthodox rantings. It was shared with me by a person who found this letter to be an inadequate apology, and Rabbi Shimon Kurland's acceptance of it troubling. Rabbi Kurland is the co-founder of Darchei Binah and a YU graduate: 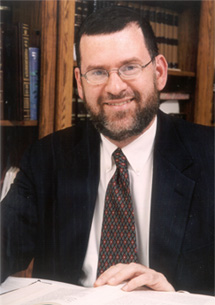 Rabbi Orlofsky has been an effective Rabbi to hundreds if not thousands of students over the years. In Darchei Binah he gives selflessly of his time to each student. I encourage you to accept the fact that he made a mistake as we are unfortunately all capable of doing. I believe his remorse is genuine and that this is sufficient punishment for anyone to endure.

As I recover from my initial shock, of hearing the harsh recording of myself from 51/2 years ago blaring at me, I feel I need to get some perspective for myself and for the people who know me well.

I am a pretty open person. I don’t have a lot to hide. I can’t think of a time when I refused a request to record any of my shiurim, public or private. In truth I have a style that has been described as humorous although also with an edge. As I get older I have gotten better at striking a balance between the two and not coming on too harsh. But there have definitely been times that I have lost control and gone overboard. I regret those times.

When the Slifkin debacle was taking place, I was being sent on a daily basis entry after entry attacking gedolei Torah. My view on gedolei Torah is clear – Klal Yisroel has always turned to their Torah authorities for guidance and direction. There have been legitimate disagreements which gadol to follow, but as long as everyone felt bound by Torah and halacha, that was legitimate.

What is not legitimate were the terrible attacks on gedolei Torah being perpetrated by the “bloggers”, a term I was not familiar with at the time. These people had always existed of course, but they were usually relegated to the back of the shul or the mikva, where they would share their witticisms and attacks on Torah among themselves.

Today, anyone can set up a weblog and say anything they want, no matter how nasty or unsubstantiated it may be, and many people will flock to read it. These are people who no one pays attention to in real life, but they take on an anonymous identity and can be as outrageous as they want, without having to take responsibility for their words.

I was told at the time, that my opinion, koton that I am (or maybe because I am a koton), would make a difference to a lot of people who were confused by the disinformation that was going around. As one yeshiva guy put it “Orlofsky is such a cynic, if he believes the gedolim on this, it must be true! So I tried to draft a letter on the subject, to defend the gedolim who had signed the kol koreh against Slifkin’s books.

No one authorized me to do so, since why would they? Who am I? As I told one person who thought I was acting on behalf of Reb Moshe Shapiro, do you really think if he wants to get a message out to the world, he would choose the guy sitting in the back taking notes who doesn’t really understand everything that well? He has doctors and scientists and big talmidei chachamim in his shiurim – why would he pick me?

I sent the draft to a friend for his thoughts and he mistakenly sent it to someone else. Soon the bloggers had it. They decided to declare open season on me. Unfortunately, although I can be accused of being a loudmouth, fifty years of clean living didn’t leave them much to work with. They were reduced to calling me stupid (I’ve been called that by better people) or “a third rate seminary teacher” (which I said is not an insult, it’s a job description) and “kiruv clown”.

The personal insults didn’t bother me, I was upset though, that somehow I had been propelled into controversy, when I had managed to avoid this kind of thing my whole life. But can I remain silent when I see great people being maligned? There comes a time in everyone’s life when you have to choose between playing it safe and maintaining your integrity. I was given my chance “to take a bullet for the president”.

In the middle of this maelstrom I was told that there were people in the Ohr LaGolah class I was teaching who were being affected by all the bashing. Now these are not Ohr Someach students; these are Rabbonim who are part of a separate program and supposed to be people who share common values. One of those values is allegiance to the concept of following gedolei Torah. To hear the views of the bloggers coming out of the mouths of these people was very upsetting.

And so I lost it. I did not prepare a well thought out presentation to give on the subject; that I did in my Har Nof shiur. Here I allowed myself to lose control and speak in an unacceptable manner.

I have already written to Rabbi Weinreb, a man I have a lot of respect for and have spoken with in the past, to beg for forgiveness. The mench that he is, wrote me back:

which is frankly more than I deserve because of the harsh way I spoke about him. But he is a better man than I.

Rabbi Nissel, who has been close to Rabbi Weinreb for many years on a personal level, was shocked to see that he was being dragged into this mess. He shared that story about Rabbi Weinreb, to show his gadlus; how he had an appreciation for the gedolei Torah. It was I that used it to create a contrast between that and what I felt was infidelity to them. It was not a point I made in any other forum but in this class I allowed my emotions to get the better of me.

The shiur lasted an hour. I am relieved that at my worst, the bloggers could only find 2 minutes worth of material to use to humiliate me. So I guess at my worst, I am okay 98% of the time.

The second clip, cut immediately at the words “Modern Orthodox” was obviously a slip of the tongue. I said “Conservative” several times; that was my point. Conservative Judaism accepts the concept of “Catholic Israel” developed by Solomon Shechter that klal Yisroel and not the Rabbonim are the ultimate deciders of Jewish tradition.

Modern Orthodox (and that is an amorphous term) does not reject that concept to the best of my knowledge. HaRav Lichtenstein from the Gush once bemoaned the fact that there was no Moetzis Gedolei Torah for the Dati Leumi. I don’t know what comes next in the recording; I don’t have a copy, but it could be that I clarify this point in the next minute.

So that’s the story. The bloggers who have had it out for me for years, found a class from 51/2 years ago where I said some harsh things. There are hundreds, possibly thousands of hours of recordings of me around. If this is the best they can do, at least I have more control than I realize.

I don’t know how these things come to a close, but if there is anything to learn from it, it’s the lesson I learnt from Pirkei Avos “there is an eye that sees and an ear that hears and everything is written in a book”.

The Audio Clips Rabbi Orlofsky Refers To In The Above Letter.

"When the Slifkin debacle was taking place, I was being sent on a daily basis entry after entry attacking gedolei Torah.…terrible attacks on gedolei Torah being perpetrated by the “bloggers”…These people had always existed of course, but they were usually relegated to the back of the shul or the mikva, where they would share their witticisms and attacks on Torah among themselves."