Letter from Miami: Prosecutor's Official Story Does Not Tell The Truth About Agriprocessors

Ignorance of history is no excuse. Agriprocessors (1987-2008) lifted Postville from the farm crisis, doubled its population and turned it into a vibrant multicultural community, hailed as a model of ethnic integration for the future of rural America. 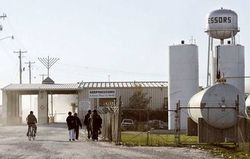 Ignorance of history is no excuse. Agriprocessors (1987-2008) lifted Postville from the farm crisis, doubled its population and turned it into a vibrant multicultural community, hailed as a model of ethnic integration for the future of rural America.

But Agriprocessors was not Sholom Rubashkin. The muscle, the human fuel, driving the meatpacking industry as a whole was supplied by undocumented migrant labor: Eastern European, then Mexican, and lately Guatemalan. This trend has been common knowledge for two decades.

To claim, as U.S. Attorney Stephanie Rose does in her June 23 guest essay ("Setting the Record Straight on the Postville Prosecution"), that Postville was "occupied by residents who benefited from, and feared the discovery of, hundreds of illegal workers at Agriprocessors" is not only disingenuous; it is a slur on the welcoming 150-year-old community of Lutherans and Catholics that she helped devastate - all for the trophy conviction of Sholom Rubashkin.

Yet six former attorney generals, aware of the Northern District of Iowa's extremism, signed a pre-sentencing letter warning that Rubashkin's white-collar crime conviction was never worth as much.

As refrigeration pushed labor-intensive meatpacking away from big cities and closer to livestock, the Midwest experienced an increasing rural flight - high school graduates seeking urban opportunities and leaving an aging population and severe labor shortages behind. The industry grew dependent on migrant labor, which in turn allowed young Iowans to opt for an urban education, instead of the ailing family farm.

After the raid, Agriprocessors never found enough workers to operate at more than 35 percent capacity. Losses mounted, and Rubashkin's bank deals went sour with the bankruptcy caused by the raid. This led to a loss of business of $200 million per year in a 150-mile radius, entailing the loss of 4,000 American jobs that depended on Postville's 700 undocumented workers.

Immigration authorities have been raiding meatpacking plants since the 1990s. Nearby Marshalltown was raided in 1996 and 2006. What sets Postville apart, beside being 10 times smaller and its raid twice as large, is that it was followed by the only mass prosecution in American history, the kind that should never be repeated in a democracy.

As an impartial court expert [i.e., translator] serving in the Waterloo proceedings, May 13-22, 2008, I witnessed how the 306 meatpackers were denied rights guaranteed to all defendants by the Constitution. New York City chief prosecutor Robert Morgenthau called such abuses a "national disgrace" and "a stain on our reputation." Federal prosecutors complained they pursued this noble profession to prosecute real criminals, not common workers.

Guilty pleas were coerced from Guatemalan paupers begging to be deported so they could feed their families. Such indiscriminate use of identity theft charges, forcing migrants to plea to lesser crimes, was slammed unanimously by the U.S. Supreme Court. With the fraud charges forced on the workers, Rose's office poisoned its own witnesses. The only reason the workers were herded into prison for five months, at a cost to taxpayers of $6 million, was to keep 40 material witnesses against Rubashkin on alien harboring charges that were later dismissed without trial. These federal witnesses were dumped on the community with no provisions for their keep. This was a sloppy case that exceeded the resources of Iowa's Northern District.

Rose claims the feds rescued exploited workers by prosecuting those who "preyed upon" them. But Agriprocessors, while paying low, non-union wages and practicing all forms of wage theft, did not force workers into a job they needed to support their families, treating them infinitely better than the feds.

In October 2008, days before their deportation, I interviewed 94 Postville workers in federal prison and obtained affidavits of abuses at Waterloo, including keeping detainees in five-point shackles for up to 14 hours, forcing them to eat in shackles, and threatening them with more time if they didn't sign away rights and pleas. When I reminded them of the TVs and table games available at their Waterloo prison camp, they laughed at me, saying "those were for the guards." Immigration Subcommittee Chair Zoe Lofgren (D-Calif.) wrote on Dec. 10, 2008, to Attorney General Michael Mukasey and Homeland Security Secretary Michael Chertoff demanding an investigation into "disturbing allegations of verbal, physical, and mental abuse of workers" at the National Cattle Congress.

No investigation was ever conducted, and Rose's official story from behind the iron curtain just doesn't cut it. The final word on Postville will not be written for a long time yet.

ERIK CAMAYD-FREIXAS is a professor of Hispanic studies at Florida International University. 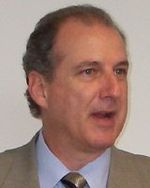 But Agriprocessors, while paying low, non-union wages and practicing all forms of wage theft, did not force workers into a job they needed to support their families, treating them infinitely better than the feds.

Of course, Agriprocessors was able to practice "all forms of wage theft" because these workers were illegal aliens and, as such, had no real recourse to stop Rubashkin.

The government's job is to stop crime.

In this case, there were three groups of criminals:

1. The Rubashkin family and their senior managers who knowingly employed illegal aliens and exploited them, obstructed justice, committed bank fraud, bribed a public official, and committed other crimes.

2. The illegal aliens themselves who broke US law in order to enter the country and work illegally here.

3. The residents and businesses of Postville and the surrounding area who were complicit  with (and to varying extents, profited from) the crimes of both group 1 and group 2.

The government chose to do two things:

The government has, so far, chosen not to pursue anyone from group 3.

The extremely high percentage of illegal workers allowed Rubashkin to cut his payroll costs dramatically, both because he was able to pay these workers far less than legal workers, and because he was able to steal their overtime pay, short their checks, and abuse them at will. Illegal aliens rarely call the police – especially in a company town where the police are controlled by a mayor who is controlled by the town's primary employer. And they rarely report wage theft and related crimes – especially when they have been threatened that doing so will cause their employer to turn them over to ICE – immigration – and this is exactly what Sholom Rubashkin reportedly did.

A proof of how drastically Agriprocessors underpaid its illegal workers can be seen in its failed attempts to hire legal workers after the raid. As Camayd-Freixas himself notes:

After the raid, Agriprocessors never found enough workers to operate at more than 35 percent capacity.

That failure to find legal workers took place even though Agriprocessors raised its wages by approximately 33%. Even then Agriprocessors was paying far less than the area's industry standard wage.

The only way the Agriprocessors could survive was paying illegal workers approximate $6 per hour, shorting their checks and cheating them out of their overtime pay.

When it did the banks who had lent Agriprocessors $35 million found out that Sholom Rubashkin had been lying about the existence of the loan's collateral for years, and that there was far less collateral available than the banks thought. They lost almost $27 million, and Sholom Rubashkin was convicted of bank fraud, money laundering (used to enable that bank fraud), wire fraud, and related charges.

Camayd-Freixas leaves out the details because the details greatly weaken his case, and he disingenuously reports the bankruptcy this way:

Losses mounted, and Rubashkin's bank deals went sour with the bankruptcy caused by the raid.

Another example of Camayd-Freixas's omission of inconvenient facts is the way he describes Postville:

Agriprocessors (1987-2008) lifted Postville from the farm crisis, doubled its population and turned it into a vibrant multicultural community, hailed as a model of ethnic integration for the future of rural America.

By 2005, Postville came to be regarded as a "model of ethnic integration," largely because locals had grown accustomed to that integration after years of fighting it.

For the first 15 years of Agriprocessors existence, the town was wracked with ethnic and class tension, and the town itself fought Agriprocessors over many issues. A lot of this tension is documented in Stephen Bloom's well-reviewed 2000 book, aptly titled, "Postville: A Clash of Cultures in Heartland America."

Camayd-Freixas clearly dislikes Stephanie Rose, and his article blames her for what he considers to be the bad of the Agriprocessors raid and its aftermath, especially the plea deals negotiated at the Waterloo Cattle Congress, the holding center used after the raid to detain almost 400 illegal workers.

But a majority of the defense attorneys who represented the illegal alien workers during those plea negotiations praised Rose for bending over backward to ensure the rights of these defendants were not violated, and for making the best out of a bad situation that was not of her making.

Rose was not the US Attorney at the time of the raid or during the indictments of Sholom Rubashkin.

She was an Assistant US Attorney who reportedly fought against many of the shortcuts the government took in prosecuting those illegal alien workers.

Camayd-Freixas knows this because these defense attorneys wrote a public letter praising Rose during her confirmation process.

But Camayd-Freixas cannot accept a narrative that proves him wrong, or a narrative that calls into question his simplistic black and white framing of events. In his world, all the prosecutors and law enforcement are bad, the illegal alien workers are innocent, and Rubashkin, his family and his top managers are mere distractions from his tale.

Camayd-Freixas has a certain type of ego, one that supersedes logic, truth and all evidence that ego does not like.

You can get a taste of this ego by looking at how he describes his role in the raid:

Camayd-Freixas was a translator. From his self-description, you might think he was a rocket scientist.

Camayd-Freixas's puffery aside, there is much wrong with our immigration system that needs to be fixed.

President Obama – who was elected after the raid – has moved away from George Bush's emphasis on prosecuting illegal alien workers. Instead, Obama is focusing on prosecution the employers who hire and often exploit them.

That debate, however, does not excuse the crimes committed by all involved. And that is a lesson Camayd-Freixas has not learned.

Letter from Miami: Prosecutor's Official Story Does Not Tell The Truth About Agriprocessors

Ignorance of history is no excuse. Agriprocessors (1987-2008) lifted Postville from the farm crisis, doubled its population and turned it into a vibrant multicultural community, hailed as a model of ethnic integration for the future of rural America.
Failed messiah was established and run in 2004 by Mr. Shmarya (Scott)Rosenberg. The site was acquired by Diversified Holdings, Feb 2016.