Headed by Agriprocessors manager Hosam Amara, the ring forced undocumented workers to buy used cars at highly inflated prices in return for getting jobs at Agriprocessors.

Alvaro Julian Garcia Jr was a bit player in this scam. The ringleader was Hosam Amara. Amara can't be prosecuted because he fled to Israel with the help of Sholom Rubashkin.

Jeff Reinitz – who did not cover this story when it began – apparently does not know how Amara got to Israel or how the scam itself worked. 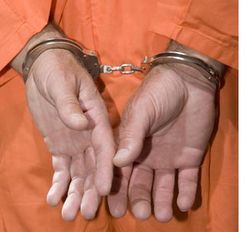 POSTVILLE --- The only person to be convicted in a vehicle title scheme that catered to illegal immigrants at Agriprocessors meatpacking plant has been sentenced.

Authorities allege Garcia registered vehicles that were sold to undocumented workers in Postville between 2004 and 2006.

He pleaded guilty to a single conspiracy to harbor undocumented aliens for financial gain.

Court records list others involved in the vehicle case --- including Hosam Amara.

Amara, 45, was a poultry manager at Agriprocessors who currently is a federal fugitive believed to be living in Israel. He faces harboring charges, according to authorities.

Garcia's defense attorney, John Bishop of Cedar Rapids, said in court records the title scheme was just one thread of a larger network that allowed workers and residents in the meatpacking town to earn a living and remain in the U.S.

Headed by Agriprocessors manager Hosam Amara, the ring forced undocumented workers to buy used cars at highly inflated prices in return for getting jobs at Agriprocessors.