Letter from Lakewood: Campaign To Free Rubashkin A "Movement" Extolling The "Precise Observance Of Divine Commandments"

Just last week, a woman called me and related an incident involving her son at Camp Silver Lake. Campers playing ball wished to take off their tzitzis in order to be a bit cooler. “How can you remove your tzitzis,” this woman’s son asked his friends, “when Sholom Mordechai Rubashkin is moser nefesh to wear his tzitzis?” Young boys playing ball in the heat of a summer day resist the urge to remove their tzitzis, inspired by the thought of Sholom Mordechai’s mesirus nefesh for this mitzvah. That’s what this campaign represents.

Adapted from an address at the Lakewood Rubashkin asifa [rally], Monday night, 2 Av. 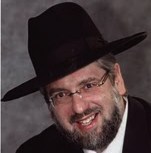 We gather once again on behalf of our chaver, Sholom Mordechai ben Rivka, thousands of people united under one banner.

It has been said that this campaign for Sholom Mordechai is no longer about one man; this is not about a cause. This has become a movement. What is this movement all about?

We live at a time when people are divided and prone to machlokes. So many are occupied with nonsense, focused on their own needs and whims. We are here tonight to proclaim that we have not forgotten what is of real and lasting importance. We are here to proclaim our loyalty to Torah and to unite in carrying out its mandates.

This is a movement that is gaining momentum every day, from actions both visible and those that go almost unnoticed.

Just last week, a woman called me and related an incident involving her son at Camp Silver Lake. With the recent hot temperatures, campers playing ball wished to take off their tzitzis in order to be a bit cooler. “How can you remove your tzitzis,” this woman’s son asked his friends, “when Sholom Mordechai Rubashkin is moser nefesh to wear his tzitzis?”

Young boys playing ball in the heat of a summer day resist the urge to remove their tzitzis, inspired by the thought of Sholom Mordechai’s mesirus nefesh for this mitzvah. That’s what this campaign represents.

Every time thousands of people gather to express their pain over Sholom Mordechai Rubashkin’s plight, and pour their hearts out in prayer that Hashem rescue him, this movement gains momentum and brings us closer to our goal.

When Jews of all stripes came together with broken hearts on behalf of a fellow Jew they don’t even know, they are proclaiming that achdus is our mantra and nothing will break us.

Let me tell you a story about achdus and tzedaka, noseh be’ol and chavivus haTorah that took place many years ago, when Rabbis Dov Kreiswirth, Simcha Lefkowitz and Shmuel Lieberman started Keren Hachesed here in Lakewood to provide yungeleit with food for Yom Tov.

They went into Mr. Aaron Rubashkin’s store in Boro Park and asked him if he can make a donation. Mr. Rubashkin said, “Do you see these showcases? Take whatever you see. Take everything in the store.”

They said, “But you need it for your customers, what will you sell?”

That is the way Sholom Mordechai was brought up: gornit far zich, altz far Torah.

I could keep you here all night with stories about Sholom Mordechai’s tzedaka, but the hour is late and the program is long. Ask R’ Yossi Schreiber from the local Lakewood Tomche Shabbos about the unparalleled generosity of the Rubashkins. They illustrate for us what it means to be a person who knows mah chovaso be’olamo.

This is the legacy that Sholom Mordechai carried forward in his own life. He knew why Hashem entrusted him with wealth. He kept nothing for himself besides the bare minimum and he gave the rest away. From his appearance and demeanor, he looks like a simple, poshuteh Yid, but on the inside, he is a ball of fire.

A good man was targeted for prosecution by the U.S. Government, who wasted millions of our tax dollars on an unwarranted two-year persecution against Sholom Mordechai, culminating in a sentence of 27 years.

Some say that since he disobeyed the law, he must pay the price. A law that was signed into the books in 1921 requiring cattle suppliers to be paid within 24 hours of purchase was never before used to prosecute anyone. Such a law is known as a “dead” law. But when it came to finding ways to go after Sholom Mordechai and the immigration charges didn’t stick, this law was unearthed and used to stage a show trial.

Can a judge who sanctioned this travesty be considered impartial?

What else was he prosecuted for? He borrowed more money for his father’s company than Agriprocessors was entitled to borrow. Is justice served when a single count of bank fraud is double and triple counted in order to ramp up a jail sentence to unprecedented heights?

Should the findings of this judge who approved this injustice be given the status of binding facts that are not subject to appeal?

It was established at the sentencing hearings that prospective buyers of the $85 million company were scared off by the prosecutors. These potential buyers signed affidavits attesting that government officials had warned them that they would seize the business if anyone named Rubashkin would be hired in a managerial capacity.

Now, who would spend tens of millions of dollars buying a business if none of the family members who knew the business best would be permitted to serve in a managerial role under the new ownership? These businessmen were not prepared to do something reckless, and they backed off.

The result of the “No-Rubashkin” edict was a lowering of the plant’s worth until it was worth a fraction of its value. At that point, the bank’s collateral could no longer be repaid.

That is how Sholom Mordechai was charged with causing $26 million in losses.

The judge disregarded the affidavits and testimonies of the businessmen who attested to how the government had scared them off. She rejected all this evidence of government manipulation. She instead credited the testimony of a government witness - the lawyer for the trustee - that there never was a “No-Rubashkin” injunction and that such claims were fabricated.

It is unquestionably a matter of public record that the Rubashkins were to be boycotted from the business as per government order. The government’s denial of it, and the judge’s confirmation of this lie in the face of so much overwhelming evidence, is an unspeakable outrage.

The government’s denial of the “Rubashkin boycott” is a powerful giveaway that the Feds know that their actions were unethical and could get them in trouble.

We are law-abiding citizens. We are honest and G-d-fearing people. And we are gathered here to support Sholom Mordechai’s effort to be granted a new trial. We have faith that the justice system can right itself and provide Sholom Mordechai with a fair trial.

A neutral judicial review of this case will blow the lid off the legal shenanigans responsible for the destruction of Agriprocessors and the continuous scapegoating of Sholom Mordechai. It will show that it was the government, not Sholom Mordechai, who is at fault for the bank losing its money. It will get him a new trial and a chance to declare his innocence to the entire world.

We gather here on the evening of Rosh Chodesh Av as we begin the Nine Days of mourning over the churbanos. We reflect on the causes of the churban, and we resolve to do what we can to merit the rebuilding of the Bais Hamikdosh in our day.

The Gemara then states that during the period of the first Bais Hamikdosh, “reshoim hayu elah shetalu bitchonam b‘Hakadosh Boruch Hu.”

We all know that a generation in which the Bais Hamikdosh was not rebuilt is regarded as if it actually suffered the destruction. We all want to see the geulah. In order to do that, we have to uproot the sinas chinom in our midst, and according to the Vilna Gaon, we must strengthen the middas habitachon as well.

By joining together as we are tonight, we are proclaiming to Hakadosh Boruch Hu that we are ready for the Bais Hamikdosh Hashlishi. Look at our ahavah for another Yid. Look at how people rush to support a Yid they don’t even know. Look at how they contribute to his cause.

And look at that Yid’s middas habitachon. He doesn’t just learn Chovos Halevavos, he lives it. It sustains him. It is what keeps him in touch with reality. And his bitachon is a living, shining example for so many others to follow.

How would we react if, Rachmana litzlon, we were told that we had been sentenced to jail for 27 years? What would we do? We would probably fall apart. We would say that our life is over. We would surrender to despair. But not this tzaddik. When his wife told him that the judge was going to announce a sentence of 27 years, he made a Shehecheyanu. He now had a most rare opportunity for the mitzvos of emunah and bitachon, to show that he accepts the ratzon Hashem besimcha.

His knee-jerk reaction was to make a bracha. A Shehecheyanu! Is that not a Yid who is consumed with emunah and bitachon? Is that not a lesson for us during these Nine Days?

Close your eyes and picture this. Sholom Mordechai’s wife and young children were in Boro Park a couple weeks ago to visit their Zaidy. They were walking down the street and the signs for the Boro Park rally were still hanging. The Rubashkins’ six-year-old son, an adorable little boy named Uziel, was so excited to see the pictures of his Totty.

“Mommy, Mommy, look! There’s Totty!” he exclaimed. He couldn’t contain his excitement. He then ran up to each poster and began jumping up and kissing the pictures of his father. “Mommy, Mommy, I am kooshing Totty! Look, I can koosh Totty!” he kept repeating.

You see, this little boy hasn’t been able to kiss his Totty, or have his Totty kiss him, since November, when his Totty was ripped away from him and thrown into jail. When they see Sholom Mordechai during their half-hour visit, Uziel’s father is kept behind a glass panel, because he is so “dangerous.”

And now, Uziel was able to “koosh Totty,” big, life-sized, pictures of Totty hung in the streets of Boro Park. Picture it. Is there anything more heart-wrenching?

Imagine the pain of a mother who has to witness this. Her husband is alive and her child’s father is alive. But I am sure that when Yeshayahu Hanovi uttered those immortal words, “ashru chamotz, shiftu yasom, rivu almanah,” Sholom Mordechai, Uziel and Leah Rubashkin were included.

Letter from Lakewood: Campaign To Free Rubashkin A "Movement" Extolling The "Precise Observance Of Divine Commandments"

Just last week, a woman called me and related an incident involving her son at Camp Silver Lake. Campers playing ball wished to take off their tzitzis in order to be a bit cooler. “How can you remove your tzitzis,” this woman’s son asked his friends, “when Sholom Mordechai Rubashkin is moser nefesh to wear his tzitzis?” Young boys playing ball in the heat of a summer day resist the urge to remove their tzitzis, inspired by the thought of Sholom Mordechai’s mesirus nefesh for this mitzvah. That’s what this campaign represents.