"We say that the sanctity of life supersedes tomatoes. We have a lot of manufacturers in Turkey, but nothing is irreplaceable."

If you keep kosher, the Israel-Turkey crisis may affect your dinner 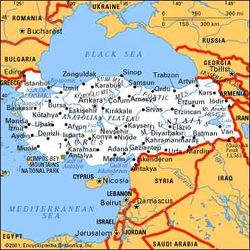 The diplomacy crisis between Israel and Turkey may reach your dinner table. Israel's major kashrut agencies have stopped sending inspectors to Turkey, reportedly fearing for their safety, and manufacturers of foods that would normally have been marked "kasher lemehadrin" are not sending their products to Israel.

For the time being, shipments of goods with standard (non-mehadrin ) kashrut certification are still going out. Regular certification is based on one visit by an inspector, who can then confirm that the plant is kosher. The plant doesn't need constant supervision over the entire production process. But food designated for Haredi communities does require the constant presence of an inspector.

The Haredi Badatz, the biggest kashrut supervising organization in Israel, said it would resume sending supervisors to Turkey only when the Foreign Ministry confirms Israeli tourists there are no longer in danger. "Before the latest trouble, we had four or five inspectors in Turkey every week," said a Badatz official.

The main product that isn't getting the kashrut certification it used to get is pasta, the official said. He added that no shortage has developed yet, but said that could happen shortly.

Tensions between Israel and Turkey have increased significantly since the Israel Navy's May 31 raid on a Gaza-bound flotilla that killed nine pro-Palestinian Turkish citizens aboard the Turkish-flagged Mavi Marmara.

"The inspectors themselves are afraid to go," he said. Weinstein said OK will send someone if absolutely necessary, but in that case, the inspectors are provided with direct transportation between the hotel and the plant.

"We say that the sanctity of life supersedes tomatoes," he said. "We have a lot of manufacturers in Turkey, but nothing is irreplaceable."

During the first five months of 2010, before the crisis erupted, exports of food, beverages and tobacco products from Turkey to Israel increased by 10% compared with the same period of 2009, to $43 million, according to the Israel Chambers of Commerce. In addition to pasta, dried fruit and canned food are among the most widely sold Turkish-made foods in Israel.

While supermarket chains may be affected if trade relations deteriorate because they import many products from Turkey for their private-label brands, the drop in kashrut inspection is unlikely to affect them, since they don't necessarily limit their purchases to products with mehadrin certification.

Rafi Sheffer, the CEO of Brand for You, the private label of a group of small grocery chains, said those stores typically sell products with regular kosher certification and have no problem continuing to import from Turkey.

"Once an inspector has been in Turkey and confirmed that the plant is kosher, he doesn't have to go again," said Sheffer. "The situation is different for the Badatz kashrut." That doesn't mean the crisis in relations with Turkey isn't affecting Brand for You, though. The chains had planned to add Badatz certification to many of their products, said Sheffer, and now they will have difficulty doing so.

Posted at 01:59 AM in Israel, Kosher Scandal | Permalink

"We say that the sanctity of life supersedes tomatoes. We have a lot of manufacturers in Turkey, but nothing is irreplaceable."
Failed messiah was established and run in 2004 by Mr. Shmarya (Scott)Rosenberg. The site was acquired by Diversified Holdings, Feb 2016.