The couple, who have 12 children, depended on the haredi community to repay $26,238 in federal Section 8 rent subsidy benefits and $49,661 from Medicaid, their lawyers said in court. 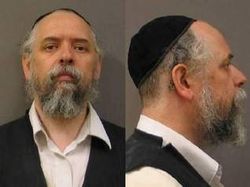 Lawyers for Nathan and Mindy Myski also convinced the judge that the couple stole to take care of their large family following losses in the real estate market.

The Myskis, who have 12 children, depended on the ultra-Orthodox Jewish community to repay $26,238 in federal Section 8 rent subsidy benefits and $49,661 from Medicaid, their lawyers said in court.

The Myskis pleaded guilty on March 5 to third-degree grand larceny, a plea that covered a charge of second-degree welfare fraud.

County Court Judge Charles Apotheker said today that he didn't send either Myski to jail or prison because they repaid the money and their lawyers convinced him that the couple's motivation was based on need, not greed.

Both Myskis told the judge they were sorry. 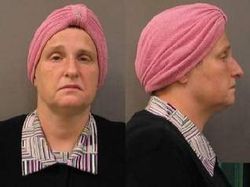 Apotheker sentenced Mindy Myski, 50, to three years conditional discharge, meaning she's not under the supervision of the Probation Department.

The couple had faced between four and 14 years in prison.

The Rockland District Attorney's Office agreed to a no-jail sentence if all the money stolen was repaid, as did the U.S. Department of Housing and Urban Development and the Rockland County Department of Probation.

Prosecutor Gary Lee Heavner said the first issue was getting the money repaid, noting the Myskis would be saddled with a felony conviction and that could deter others from stealing.

The Myskis' lawyers — William Frank and Michael Burke — said in court on Friday that the couple started buying properties in 2004 as part of a rental business in a effort to make money.

Both lawyers said the couple couldn't keep up with the mortage payments with the downturn in the economy and the banks foreclosed on the properties.

The couple, who have 12 children, depended on the haredi community to repay $26,238 in federal Section 8 rent subsidy benefits and $49,661 from Medicaid, their lawyers said in court.
Failed messiah was established and run in 2004 by Mr. Shmarya (Scott)Rosenberg. The site was acquired by Diversified Holdings, Feb 2016.