"It was made very clear that without ketubot and without birth certificates from four generations, I would need to go to the Beit Din. I told him, time and time again, that my grandparents are Shoah survivors [and thus their ketubot no longer exist] and I was told that wasn't his problem."

Nahum Sokolov was president of the World Zionist Organization just before Chaim Weitzmann and a child prodigy (illui) who was a direct descendant of Rabbi Nathan Nata Spira, the 17th century author of the noted rabbinic work Megalleh 'Amuḳḳot.

Sokolov is one of the two or three Jewish leaders most responsible for Britain issuing the Balfour Declaration in 1917. Tel Aviv is named after Sokolov's title for his translation of Theodore Herzl's novel Altneuland. And Sokolov has a kibbutz named after him.

But I'll bet you not one of the haredi rabbis involved in this travesty knows any of this or even cares.

That is the tragedy of modern Israel. It has ceded all things Jewish, so to to speak, to haredi rabbis who share nothing but genetics with the men and women who built Israel.

The time is long overdue for Israel's leaders to act with the same decisiveness and courage as their ancestors who made aliyah to the sand dunes they later built into the first modern Jewish city in the world, Tel Aviv.

It is time to throw the haredim out: Out of power, out of draft dodging, out of tax evasion, out of kollel payments and out of welfare support.

And, if that doesn't work, throw the haredim out altogether from the state they have given nothing to.

Sokolow's niece 'not Jewish enough' to marry here
After being told she needed to prove the Jewishness of her maternal lineage for four generations, Hillary Rubin is questioning her decision to move to Israel.
By Raphael Ahren • Ha'aretz 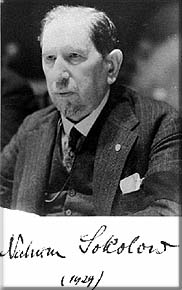 Hillary Rubin felt she was living out her ancestors' dream when she decided to move to Israel in 2006. Now she says she is being forced to leave the country to fulfill her own dream - getting married.

"Zionism runs in my family," the Detroit native says, adding that her grandfather's uncle was Zionist leader Nahum Sokolow.

But after filing for a wedding license and being told she needed to prove the Jewishness of her maternal lineage for four generations, she is wondering whether she made the right decision in immigrating to a Jewish state that doubts her Jewishness.

"I'm furious with this country right now," the 29-year-old international relations student told Anglo File this week. "I'm the great-great-niece of a prominent Zionist and I am always a supporter of this country, but this really frustrated me and I can totally understand why a lot of my Anglo friends left this country."

Rubin, who was raised in a Conservative household, produced letters from four Conservative rabbis and one Chabad rabbi attesting to her Jewishness. But the Herzliya Rabbinate said the letters were not enough and asked her to bring ketubot, or religious wedding contracts, as well as birth or death certificates of her mother, grandmother, great-grandmother and great-great-grandmother.

"It was made very clear that without ketubot and without birth certificates from four generations, I would need to go to the Beit Din [local rabbinical court]," Rubin told Anglo File this week. "I told him, time and time again, that my grandparents are Shoah survivors [and thus their ketubot no longer exist] and I was told that wasn't his problem."

The Herzliya Rabbinate responded that it kept to strict standards "of Moses and Israel" for affirming one's faith. 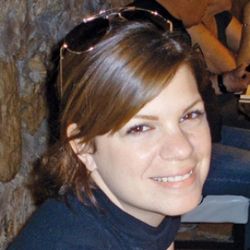 There is no civil marriage in Israel, forcing couples to either go through a local Rabbinate or marry abroad. The Chief Rabbinate recently enacted new guidelines automatically sending marriage candidates whose parents did not wed in Israel to a local rabbinical court to determine whether they are really Jewish.

The new regulations do not specify which documents are needed to conclusively determine a person's Jewishness. It's likely that Rubin's letters would not have proven sufficient for them, according to a rabbi with knowledge of the system.

Rubin fears the rabbinical court might declare her a non-Jew and thus decided to get married without the Rabbinate's blessing. Instead, Rubin and her Johannesburg-born fiance' Craig Glaser will tie the knot in a Conservative ceremony on a moshav in the Sharon region in two weeks. Since Conservative weddings are not recognized by the state, they plan to fly for one day to Cyprus for a civil marriage - an option used by many Israeli couples unable, or unwilling, to satisfy the Rabbinate's demands.

The rabbinical court does not actually declare somebody a non-Jew without proof of their belonging to another religion, but Rubin would still run the risk of being left in the situation of not being officially Jewish by the state's standards should she turn to them.

"At this point, I no longer want to play be their rules. I want to fight what they're doing," Rubin, who observes Shabbat and keeps kosher, said.

When Anglo File called the Rabbinate's marriage department this week, a man who said he was its director but declined to state his name said he remembered the case. He said the couple was referred to the rabbinical court in Tel Aviv to have their Jewishness affirmed, and that before this is done he cannot let them get married. When he learned they had decided to get married in Cyprus to avoid the rabbinical court, he said nonchalantly: "Good for them. We are only marrying people according to the law of Moses and Israel."

Rubin and her fiance' - whose documents were accepted by the rabbinate as valid proof of Jewishness - did not even want to try to convince the rabbinical court that she is a Jew. "I can't provide them with the documents they want. I am the granddaughter of four Holocaust survivors, any documents my grandparents may have had from their families we don't have anymore ... Who has a death certificate from somebody who was gassed to death? These things are frustrating because my grandparents were persecuted for being Jewish, and here I am being told I'm not exactly Jewish."

She is also concerned they might not declare her Jewish because her parents are divorced and she can no longer provide their ketuba. The facts that her parents' get, or bill of divorce, was prepared by a Conservative rabbi and that her mother has since remarried a Catholic would further lead the rabbis to deny her their official stamp of approval, she said.

The young couple believes the consequences of going through the rabbinical court are "much worse" than not going at all.

"It's as if one day you wake up and you're no longer a Jew in the Jewish State but outside Israel you are still Jewish enough to be hated by most of the world," Rubin says. "It's a weird feeling. It's hard enough to grasp the idea that your Judaism may not be valid but then to be told you're not actually Jewish according to the Jewish state - it's ostracizing."

Posted at 05:47 AM in Haredim, Israel, Religion, Religion & State | Permalink

"It was made very clear that without ketubot and without birth certificates from four generations, I would need to go to the Beit Din. I told him, time and time again, that my grandparents are Shoah survivors [and thus their ketubot no longer exist] and I was told that wasn't his problem."