Will the new evidence put to rest a debate that has lasted more than a century?

(A New York Times report on both studies is posted at bottom.) 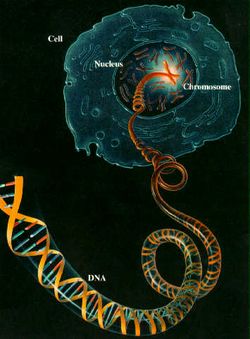 After a genome-wide analysis last week reported that Jews worldwide have significant genetic commonalities, a second study published today comes to a similar conclusion. But will the new evidence put to rest a debate that has lasted more than a century?

Tradition has it that Jews around the world are one people with shared religious and cultural practices. Several studies from the last decade that have looked closely at genetics have pointed to a common history based on shared genetics between different Jewish populations. But many historians doubt that genes could be shared, noting that there was so much mixing between Jews and neighboring populations – non-Jews converting to Judaism in large numbers around or before the time of Christ, or Jews being sold as slaves and sent off to far-off lands, then freed there – that they should have come to genetically blend into the geographical population where they ended up.

Catherine Hezser, who studies ancient Judaism at the University of London’s School of Oriental and African Studies and wasn’t involved in the research, notes that for this reason, she does not “believe in any of the genetic theories, which are usually propagated for non-scientific, ideological reasons”. But the researchers say their fine-grained analysis of 14 Jewish populations, published in Nature today, could provide some answers.

The groups examined in the study included not just major communities such as Ashkenazi Jews of Eastern Europe and Sephardim from Bulgaria and Turkey, but also several that are much smaller and, like the Bukharan Jews of Central Asia and Jews from India, Ethiopia and Yemen, are often referred to as the “lost tribes” of Israel. The study mainly examined single-letter variations – called single nucleotide polymorphisms (SNPs) – in individuals within each group, compared to individuals in surrounding areas.

Much like the analysis published last week, the study showed that all of the Jewish communities share some common genetic features, and for the most part, the Jewish groups are more similar to each other than to the non-Jews in the same regions.

“These two studies are the first pair of genome-wide studies of SNP variations in collections of multiple Jewish populations,” says Noah Rosenberg, a population geneticist at the University of Michigan who was not involved in either study. The strength of the Nature paper, he says, is that it compared the Jewish groups to an unprecedentedly broad array of non-Jewish groups, making the comparison – and the genetic ties identified – especially robust.

Because of their large panel of populations, the researchers were able to dive more deeply than ever before into fine scale relationships between different populations. The closest genetic clustering, both among Jewish and non-Jewish groups, is seen in the eastern Mediterranean area known as the Levant, including Israel, Lebanon, Syria, and surrounding regions, the study finds. One interpretation, then, says Tudor Parfitt, also of the University of London’s School of Oriental and African Studies and an author on the Nature study, may be that the most active mixing between Jews and non-Jews occurred there. That is, if those two groups were already genetically very close, such admixture wouldn’t have changed much.

Meanwhile, Ethiopian Jews and those from Mumbai, India, seem to be much closer genetically to their host populations than are other groups examined. These groups, says Parfitt, probably did largely come to Judaism more by conversion than by migrating from larger Jewish communities; in that sense, even the limited genetic ties the researchers identified were surprising, he notes. At the same time, stresses Richard Villems, a molecular anthropologist at the University of Tartu in Estonia and one of that study’s lead authors, “if the genes seem to tell a story that some Jewish communities are further away from the main communities, that doesn’t make them any less Jewish”.

Karl Skorecki at Technion University in Haifa, a nephrologist, occasional population geneticist, and a lead author on the study, notes that the two SNP studies together lay a foundation for studying disease-related genes that might be specific to Jewish people. Some questions to ask, he says, might be how do certain alleles become specific to certain populations, and how do periods of active mixing with other groups influence genome-wide structure. “One can start to do very rigorous analyses and extract them to other populations on the planet,” he adds.

Jewish communities in Europe and the Middle East share many genes inherited from the ancestral Jewish population that lived in the Middle East some 3,000 years ago, even though each community also carries genes from other sources — usually the country in which it lives.

That is the conclusion of two new genetic surveys, the first to use genome-wide scanning devices to compare many Jewish communities around the world.

A major surprise from both surveys is the genetic closeness of the two Jewish communities of Europe, the Ashkenazim and the Sephardim. The Ashkenazim thrived in North and Eastern Europe until their devastation by the Hitler regime, and now live mostly in the United States and Israel. The Sephardim were exiled from Spain in 1492 and from Portugal in 1497 and moved to the Ottoman Empire, North Africa and the Netherlands.

The two genome surveys extend earlier studies based just on the Y chromosome, the genetic element carried by all men. They refute the suggestion made last year by the historian Shlomo Sand in his book “The Invention of the Jewish People” that Jews have no common origin but are a miscellany of people in Europe and Central Asia who converted to Judaism at various times.

Jewish communities from Europe, the Middle East and the Caucasus all have substantial genetic ancestry that traces back to the Levant, except for Ethiopian Jews and two Judaic communities in India, which are genetically much closer to their host populations.

The surveys provide rich data about the genetic ancestry of various Jewish populations that is of great interest to historians. “I’m constantly impressed by the manner in which the geneticists keep moving ahead with new projects and illuminating what we know of history,” said Lawrence H. Schiffman, a professor of Judaic studies at New York University.

One of the surveys was conducted by Gil Atzmon of the Albert Einstein College of Medicine and Harry Ostrer of New York University and appears in the current American Journal of Human Genetics. The other, led by Doron M. Behar of the Rambam Health Care Campus in Haifa and Richard Villems of the University of Tartu in Estonia, is published in Thursday’s edition of the journal Nature.

Dr. Atzmon and Dr. Ostrer have developed a way of timing demographic events from the genetic elements shared by different Jewish communities. Their calculations show that Iraqi and Iranian Jews separated from other Jewish communities about 2,500 years ago. This genetic finding presumably reflects a historical event, the destruction of the First Temple at Jerusalem by Nebuchadnezzar in 587 B.C. and the exile of much of the Jewish population to his capital at Babylon.

The shared genetic elements suggest that members of any Jewish community are related to one another as closely as are fourth or fifth cousins in a large population, which is about 10 times higher than the relationship between two people chosen at random off the streets of New York City, Dr. Atzmon said.

Ashkenazic and Sephardic communities have roughly 30 percent European ancestry, with most of the rest from the Middle East, the two surveys find. The two communities seem very similar to each other genetically, which is unexpected because they have been separated for so long.

One explanation is that they come from the same Jewish source population in Europe. The Atzmon-Ostrer team found that the genomic signature of Ashkenazim and Sephardim is very similar to that of Italian Jews, suggesting that an ancient population in northern Italy of Jews intermarried with Italians could have been the common origin. The Ashkenazim first appear in northern Europe around 800 A.D., but historians suspect they arrived there from Italy.

Another explanation, which may be complementary to the first, is that there was far more interchange and intermarriage than expected between the two communities in medieval times, despite the fact that they spoke different languages.

The genetics confirms a trend noticed by historians: that there was more contact between Ashkenazim and Sephardim than suspected, with Italy as the lynchpin of interchange, said Aron Rodrigue, a Stanford University historian and expert on Sephardic and Ottoman history.

A common surname among Italian Jews is Malpurgo, meaning someone from Marburg in Germany. Also, Dr. Rodrigue said, one of the most common names among the Sephardim who settled in the Ottoman Empire is Eskenazi, indicating that many Ashkenazim had joined the Sephardic community before the exile from Spain.

The two genetic surveys indicate “that there may be common origins shared by the two groups, but also that there were extensive contacts and settlements,” Dr. Rodrigue said.

Hebrew is generally thought to have been a dead language from around the second century B.C. until revived as the language of modern Israel. But it could have served as the lingua franca between the Ashkenazic community, speaking Yiddish, and the Ladino-speaking Sephardim. “When Jews met each other, they spoke Hebrew,” Dr. Schiffman said, referring to the medieval period.

Will the new evidence put to rest a debate that has lasted more than a century?
Failed messiah was established and run in 2004 by Mr. Shmarya (Scott)Rosenberg. The site was acquired by Diversified Holdings, Feb 2016.