The Conservative Movement Needs to Take Responsibility and Admit the Truth 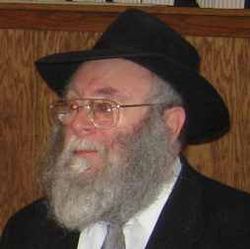 St. Paul, MN - There was great joy in K’lal Yisroel when we heard on Monday that the jury had proclaimed Sholom Rubashkin not guilty on all 67 counts of child labor and worker abuse with which he had been charged.

However, not all of Am Yisroel was dancing with joy.  For the last four years, the Conservative Movement has waged a relentless and unyielding campaign against Agriprocessors and its most visible leader, Sholom Rubashkin. The Conservative Movement declared a boycott of all Rubashkin products, based on their many allegations and claims of worker abuse.

None of these claims had or have ever been substantiated, verified, validated, or proven by any respectable justice authority.

In tandem with their efforts to destroy Rubashkin, they promoted the Hekscher Tzedek, the Conservative mark of “ethical kashrut”. With every mention of the claims of atrocities purported to have happened at Agriprocessors, they spoke about the need for the Hekscher Tzedek.  However, the first axiom of “social justice” must be that one may not destroy the life of another human being in order to promote one’s own concept of ethics.

I am deeply saddened to have to tell you that I believe without question or doubt that the Conservative Movement beleaguered Sholom Rubashkin with charges that were totally unproven only because they wanted to promote their Hekscher Tzedek.

Hekscher Tzedek was created by tormenting a fellow Jew.

This past Monday, June 7, 2010, there was certainly mass dismay and disappointment for the Conservative Movement.  Sholom Rubashkin is innocent.  None, I repeat, none of the allegations against him held up in court.  The workers who testified against him were shown to be liars.

The Conservative Movement needs to take this matter very seriously.  They need to stand up and admit the truth.  They transgressed the most fundamental law of ethical and moral conduct by preaching to their constituency charges that were nothing more than the self-serving fabrication of the labor unions and the malicious design of Nathaniel Popper, who wrote his contemptible diatribe in the Forward newspaper, forming the basis of the Conservative jihad against Agriprocessors and Sholom Rubashkin.

All I'll say about this is that Agriprocessors had a horrible OSHA record, a horrible EPA record, and – despite claims made to the contrary by Rubashkin rabbis – was found to be in violation of Humane Slaughter Law by the USDA.

One Agriprocessors's manager pleaded guilty to employing those minors and another still faces trial.

Rabbi Zeilingold was a key player in releasing the 'findings' of a fraudulent OSHA report meant to clear Agriprocessors. He also had a long term business relationship with Rubashkin, certifying Agriprocessors non-glatt meat.

In short, Zeilingold is a tainted individual with questionable ethics.

He and his fellow Rubashkin backers owe many people apologies – including the Conservative rabbis he denigrates and the workers Rubashkin underpaid and abused.

* Disclaimer: As I've noted several times over the years, Rabbi Asher Zeilingold is the rabbi who excommunicated me in 2004.