The man at the center of the 1991 Crown Heights riot now lives incognito in a New Jersey town, untroubled by memories of his terrible deed. 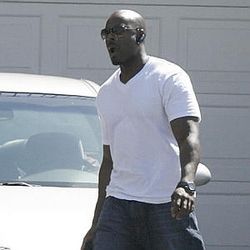 The man at the center of the 1991 Crown Heights riot now lives incognito in a New Jersey town, untroubled by memories of his terrible deed.

"Up until today, I left it alone," Lemrick Nelson Jr., now 34, told The Post. "I don't even think about it."
"That was 19 years ago," he said about fatally stabbing Hasid scholar Yankel Rosenbaum at the height of the notorious race riot. "I was a kid then. I made a mistake. Kids make mistakes. I'm a man now. I've never been in or out of trouble. I don't live that life."

In his first interview since his 2004 release from prison, Nelson described himself as a sober family man.

"I don't drink anymore because of what happened in 1991," he said. Nelson's legal team had blamed his violent act on drunkenness.

The Brooklyn riot was sparked when a Hasidic motorcade struck and killed a black child, Gavin Cato, 7. Hours later, a mob of angry black residents, including Nelson, hunted down Rosenbaum, a visiting Australian who had nothing to do with the fatal accident.

Bloody rioting, and clashes with cops, continued for days. By the end, 152 cops and 38 residents were injured, six stores were looted, and 27 police cars damaged.

Nelson now lives with a woman and their toddler daughter in an apartment in Hillside.

Neighbors and even his landlady, unaware of his notorious past, call him by his new nickname, "Ricky."

Nelson, who was tried three times for Rosenbaum's death and eventually served 10 years in prison, offered an apology for the riot, but not to his victim's family. "I regret the fact that people got hurt out there," he said.

He repeatedly asked that his whereabouts and current life not be disclosed. "Let bygones be bygones," he pleaded. "All it will do is bring back people's memories. You're just going to create tension for me."

Posted at 09:40 AM in Antisemitism, Chabad, Crime, Litigation, etc. | Permalink

The man at the center of the 1991 Crown Heights riot now lives incognito in a New Jersey town, untroubled by memories of his terrible deed.
Failed messiah was established and run in 2004 by Mr. Shmarya (Scott)Rosenberg. The site was acquired by Diversified Holdings, Feb 2016.