Underage Employee Says Agriprocessors Told Him To Lie About His Age

Elmer Lopez Marroquin said the employee, Karina Freund, instructed him to lie to state inspectors and say he was an adult. Instead, he told the truth.

Worker says he was told to lie about his age 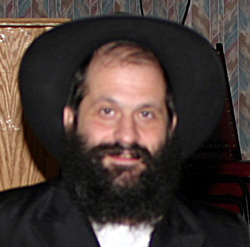 Lopez Marroquin said the employee, Karina Freund, instructed him to lie and say he was an adult. Instead, he said he told the truth.

"She told us not to tell them I was 17 because the plant would have problems," Lopez Marroquin testified Tuesday through an interpreter.

State labor investigators visited the plant in Postville in April 2008 and interviewed several workers who appeared to be minors.

Freund initially was charged with Rubashkin in the case, but prosecutors said they are working out an agreement with her.

Defense attorney F. Montgomery Brown pointed out that state investigators allowed Lopez Marroquin to return to work after he confessed to being a minor.

Defense attorneys argued in court papers filed before trial that state investigators created a "legal Catch-22" for Agriprocessors by not sharing the names of underage workers with plant managers.

Plant managers could not have known which workers were underage and had no legal right "to guess at ages or fire employees en masse on mere suspicion," Brown argued in the papers.

On Luis Nava Gonzalez's first application at Agriprocessors he said he used badly faked identification, and returned a week later with papers that cost $300.

The same woman who had rejected his first application hired him, he said.

He split cattle carcasses in half with a chain saw during his months-long stint at the plant.

Gonzalez acknowledged he was nervous when he took the stand, and frequently broke off on tangents. He waved as he passed the jury when he completed his testimony, and fist-bumped one of Rubashkin's sons on his way out of the courtroom.

His greeting to the Rubashkin family came after he told the jury that rabbis who inspected meat were "lazy, man, but they're good people. I don't want to disrespect them, man."

Gonzalez also supplied perhaps the most heated moment of the trial so far. He lashed out at Brown when he pressed him on the details of his job.

Brown snapped back and asked if he had anything else to say.

Rubashkin's defense team argued Tuesday out of the presence of the jury that the judge should throw out all 83 child labor charges for lack of evidence.

Defense attorney Mark Weinhardt argued the state had offered no proof Rubashkin wanted to hire or actually hired any minors.

She said that three supervisors testified it was easy to spot minors on the plant floor and that Rubashkin regularly walked the area and could have made similar observations. One supervisor said he talked directly to Rubashkin about minors at the plant.

Callahan said he will review the evidence and rule at a later date.

Underage Employee Says Agriprocessors Told Him To Lie About His Age

Elmer Lopez Marroquin said the employee, Karina Freund, instructed him to lie to state inspectors and say he was an adult. Instead, he told the truth.
Failed messiah was established and run in 2004 by Mr. Shmarya (Scott)Rosenberg. The site was acquired by Diversified Holdings, Feb 2016.