In a broad endorsement of federal power, the Supreme Court on Monday ruled that Congress has the authority under the Constitution to allow the continued civil commitment of sex offenders after they have completed their criminal sentences. 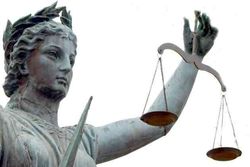 WASHINGTON — In a broad endorsement of federal power, the Supreme Court on Monday ruled that Congress has the authority under the Constitution to allow the continued civil commitment of sex offenders after they have completed their criminal sentences.

The 7-to-2 decision touched off a heated debate among the justices on a question that has lately engaged the Tea Party movement and opponents of the new health care law: What limits does the Constitution impose on Congress’s power to legislate on matters not specifically delegated to it in Article I?

The federal law at issue in the case allows the government to continue to detain prisoners who had engaged in sexually violent conduct, suffered from mental illness and would have difficulty controlling themselves. If the government is able to prove all of this to a judge by “clear and convincing” evidence — a heightened standard, but short of “beyond a reasonable doubt” — it may hold such prisoners until they are no longer dangerous or a state assumes responsibility for them.

The challenge to the civil commitment law was brought by five prisoners. The case of Graydon Comstock was typical. In November 2006, six days before Mr. Comstock was to have completed a 37-month sentence for receiving child pornography, Attorney General Alberto R. Gonzales certified that Mr. Comstock was a sexually dangerous person.

Last year, a three-judge panel of the United States Court of Appeals for the Fourth Circuit, in Richmond, Va., unanimously ruled that none of the powers granted to Congress in the Constitution empowered it to authorize such civil commitments. But the decision was stayed, and Mr. Comstock has remained confined in a federal prison.

At the argument of the case in January, Solicitor General Elena Kagan, now President Obama’s pick for the Supreme Court, said the law was needed “to run a criminal justice system that does not itself endanger the public.” She said 105 people had been confined under the law.

Justice Stephen G. Breyer, writing for himself and four other justices, said the clause provided Congress with the needed authority as long as the statute in question was “rationally related to the implementation of a constitutionally enumerated power.”

Congress has the undoubted powers, Justice Breyer said, to enact criminal laws in furtherance of its enumerated powers and to create a prison system to punish people who violate those laws, though neither power is explicitly mentioned in the Constitution. “The civil commitment statute before us represents a modest addition,” he added, comparing it to medical quarantine.

Justice Breyer took pains to make clear that the court was not ruling on the separate question of whether such confinement violated the Constitution’s due process clause.

Two justices, Samuel A. Alito Jr. and Anthony M. Kennedy, voted to uphold the law but did not adopt Justice Breyer’s general approach.

In his concurrence, Justice Alito said he was concerned about both “the breadth of the court’s language” and “the ambiguity of the standard that the court applies.”

“This is not a case in which it is merely possible for a court to think of a rational basis on which Congress might have perceived an attenuated link between the powers underlying the federal criminal statutes and the challenged federal criminal provision,” Justice Alito added, saying there was in this case at least “a substantial link.”

Justice Kennedy added that the majority did not pay enough heed to the 10th Amendment. Under the amendment, he wrote, “the Constitution delegates limited powers to the national government and then reserves the remainder for the states (or the people), not the other way around, as the court’s analysis suggests.”

“The fact that the federal government has the authority to imprison a person for the purpose of punishing him for a federal crime — sex-related or otherwise — does not provide the government with the additional power to exercise indefinite civil control over that person,” Justice Thomas wrote.

I find this ruling both necessary and frightening.

I hope this civil commitment is used only in extreme cases, and that the judicial review needed to use it is both thorough and humane.

In a broad endorsement of federal power, the Supreme Court on Monday ruled that Congress has the authority under the Constitution to allow the continued civil commitment of sex offenders after they have completed their criminal sentences.
Failed messiah was established and run in 2004 by Mr. Shmarya (Scott)Rosenberg. The site was acquired by Diversified Holdings, Feb 2016.