Retailers estimate prices to rise by up to 20% due to global shortage, Argentina government's decision to halt exports of meat.

Sharp rise expected in meat prices
Retailers estimate prices to rise by up to 20% due to global shortage, Argentina government's decision to halt exports of meat
Yehudit Yahav • Ynet 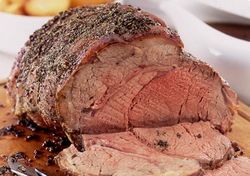 The prices of frozen and fresh meat in Israel will see a sharp rise soon, following the Argentinean government's decision to stop exporting meat and the shortage expected worldwide.

According to one of the leading meat suppliers in Israel, Argentina has halted its exports completely in the past two weeks, and containers of frozen meat have been taken off ships and planes in order to divert the meat to the local market and prompt a price reduction.

Argentina itself is experiencing a shortage of high quality meat, which has led to a price hike. The government is trying to cut the exports and keep the meat in the country in order to reduce prices.

Suppliers also report that the price of imported beef has increased in the past few months from about $4,000 per ton to about $5,000 a ton, and thus, there was no other way but to raise retail prices by some 30%.

Argentina is considered the world's leading meat supplier, but in light of its recent actions importers are being forces to find alternative sources, including Brazil and Uruguay.

The entire world is experiencing a shortage of meat, however, and the prices of processed meat products – including hamburgers and kebab – are also expected to rise.

Officials in the retail industry confirmed Sunday that the supermarket chains were in negotiations with local meat suppliers. "All the suppliers want to raise the prices by at least 30%, but the chains will try to convince them to settle for the lowest increase possible," one of the officials said.

The retailers estimate that the prices will eventually rise by 15-20% in supermarkets and restaurants.

Retailers estimate prices to rise by up to 20% due to global shortage, Argentina government's decision to halt exports of meat.
Failed messiah was established and run in 2004 by Mr. Shmarya (Scott)Rosenberg. The site was acquired by Diversified Holdings, Feb 2016.