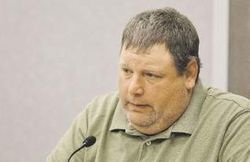 Waterloo, Ia. — A former Agriprocessors supervisor told a jury on Tuesday that he spoke with Sholom Rubashkin several years ago about children working at the slaughterhouse.

The supervisor said he never told authorities about the children because he received death threats, which prompted the defense to ask for a mistrial because it portrayed Rubashkin and the Postville company as broadly corrupt and criminal.

The judge denied the motion and told the jury to disregard the statement.

The prosecution on Tuesday also called its first witnesses flown in from Guatemala to testify against Rubashkin, the former plant executive who faces 83 misdemeanor child-labor charges.

Agriprocessors supervisor Matthew Derrick said when he told Rubashkin of exhausted children at the plant, Rubashkin merely smiled and said nothing.

"This is a conversation you say you had with Mr. Rubashkin?" said defense attorney Mark Weinhardt.

Out of the presence of the jury, Derrick said he received written threats in his work locker. The notes warned him to move his family from the area, or suffer serious injury, he said.

The defense also asked for a mistrial because Derrick said he received an e-mail also sent to Rubashkin that ordered him to obtain fake documents for illegal immigrants at the plant. The defense said no evidence has been found to support the claim.

The state alleges minors worked excessive hours and were exposed to poisonous chemicals and dangerous machinery.

Callahan warned the prosecution that smaller infractions can add up to warrant a mistrial. "I don't want to get there," he said.

The jury occasionally scratched notes on yellow legal pads as some of the eight former workers flown in from Guatemala to testify against Rubashkin took the stand.

The Iowa attorney general's office last week said the workers' testimony could cost the state up to $35,000 in food, lodging and travel expenses.

Assistant Iowa Attorney General Laura Roan held up a yearbook photo of Marcos Alexander Guerra Garcia and showed it to the jury.

He was in ninth grade when he quit school to work at Agriprocessors, he said through an interpreter. He said he learned about the job from classmates in Postville.

Garcia stood in front of the jury to demonstrate how he pulled 20-pound slabs of beef off of a conveyor belt and into a box. He said his 12-hour shifts started at 6 p.m.

He once stabbed the meat hook into his left cheekbone, just below his eye, he said. But he did not seek medical care, he said, because he could not afford it.

Defense attorneys asked the nearly 6-foot-tall male interpreter to stand next to Garcia to establish his height, which is about 5 feet.

The defense suggested to several former workers who took the stand that it could be difficult for Americans to determine the age of young Guatemalans.

Some other workers who testified have received U-visas, which allow them to work in the United States for four years if they can aid in the prosecution of a crime.

One worker, Joel Eduardo Rucal, said he was just "trying to help" the prosecution because the government had granted him a visa. 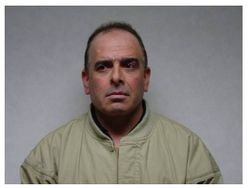 Matthew Derrick showed one of the written threats to a senior supervisor, Hosam Amara.

Amara, who fled to Israel with the help of Rubashkin, was widely viewed as the Rubashkin family's enforcer, the man who kept order for them while at the same time extorting and abusing immigrant workers.
According to Derrick, Amara crumpled up the note and tossed it in a trash can.

Supervisor who told Rubashkin about child workers received death threats as a result, supervisor claims.
Failed messiah was established and run in 2004 by Mr. Shmarya (Scott)Rosenberg. The site was acquired by Diversified Holdings, Feb 2016.