…It prohibits, in the name of the Badatz (בית דין צדק), store owners from employing digital screens and other electronic means for purposes of advertisement. 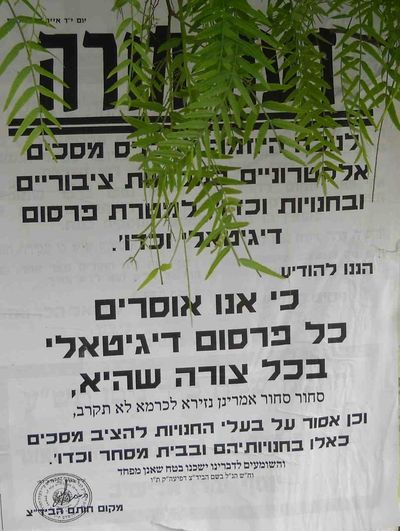 It was a busy day for haredim.
They also announced the beginning of a new campaign – i.e., street war – against Barzilai Hospital's planned expansion, which MyRightWord's Yisrael Medad notes is to be built over an ancient non-Jewish cemetery, itself lost and buried for hundreds of years.
The bones will be reinterred nearby.
Haredim object even though all experts say the graves are not the burial places of Jews, and even though Jewish graves could be reinterred for a project like this.