Civil Disobedience When In Love: Getting Around Israel's Haredi-Controlled Chief Rabbinate

Yael and Yoav are observant Jews, yet they decided to get married illegally rather than through the Chief Rabbinate.

Yael and Yoav are observant Jews, yet they decided not to formalize their relationship through the Chief Rabbinate. What does halacha say? And what pushed them to do this? Rivkah Lubitch with a true story 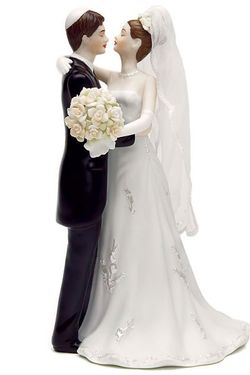 Mazal tov! Yael and Yoav (not their real names) married in accordance with Jewish law and are setting up another Jewish family. What’s the story? The loving couple decided that they don’t want any part of the rabbinic establishment in Israel (one wonders why?!) so they decided not to get married under the auspices of the rabbinate. However, as we know, according to Israeli law, even a couple who gets married in a civil ceremony (for example, in Cyprus) has to appear before the rabbinic court in the event that, God forbid, they decide to break up. Yael and Yoav wanted to avoid having to go to the rabbinic court at all costs, so they didn’t go abroad to get married civilly and did not register their marriage with the Interior Ministry.

Since the couple is observant, they wanted to make their marriage official with a chupah and kiddushin, so they asked a rabbi to hold a private ceremony for them. The couple signed the agreement provided by the Center for Women’s Justice (with the necessary changes) which provides that the marriage is “conditional” and can be declared void if necessary. And in order to institutionalize the relationship between them on a more formal level vis a vis the State authorities, the couple registered with the ngo New Family as common law spouses and signed an agreement recommended to them there.

In an interview over the phone Yoav explained their reasoning:

I wondered if the guests knew about the arrangement. “I assume that people understood on their own,” Yoav said. The rabbi who did the ceremony is not recognized in the rabbinate. Women also said “sheva brachot” and our ketubah is worded a bit differently from the standard ketubah.

Yael and Yoav are indeed pioneers in the religious community, but they aren’t the first, and certainly not the only, ones. Yoav himself knows several couples who married privately without registering their marriage. Yoav and Yael deliberated about their decision. They weren’t enthusiastic about doing something in violation of the law, and their parents also thought it preferable to act according to what is standard practice. But once they made their decision, their parents and friends accepted it as completely natural.

“We feel that the rabbinic court does not treat the difficult cases that come before them fairly,” Yoav explained. “For us personally, it was an expression of civil disobedience. We’re pleased to take part in it and feel like we’re doing something that benefits the public at large.”

I am writing about this not because I or the “Center for Women’s Justice” supports a ceremony that was carried out privately and in violation of the law. Quite the opposite – we don’t support it. But the Israeli public needs to know that young people today are saying “enough,” and are getting up and doing something in order not to be subject to an institution that they don’t want to be subject to.

Civil Disobedience When In Love: Getting Around Israel's Haredi-Controlled Chief Rabbinate

Yael and Yoav are observant Jews, yet they decided to get married illegally rather than through the Chief Rabbinate.