The suspects allegedly coordinated prices and tenders for price-controlled bread intended for poor people and divided the bread market among themselves. 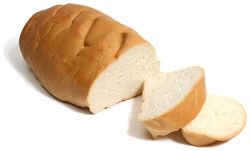 The CEOs of the country's three largest bakeries were arrested yesterday after antitrust investigators accused them of cooperating to fix prices.

This is one of the most blatant cartels the Antitrust Authority has uncovered. It is well organized and run by senior executives of these companies," the prosecutor told the court, requesting the extension of the suspects' remand.

He said the cartel represented the most serious breach of antitrust laws that are meant to protect the weaker parts of society.

The Antitrust Authority customarily refrains from arresting suspects and usually releases them under restrictions.

The prosecution told the Tel Aviv Magistrate's Court the suspects' activity came at the expense of "the people who consume relatively large quantities of bread."

It is still unclear whether the bakeries coordinated moves pertaining only to price-controlled bread or to other kinds of bread as well. Price-controlled bread consists of sliced white bread and ordinary challah, whose profit margins are relatively low compared to the specialty breads. The price control is intended to make it easier for low-income families to consume bread - seen as a staple food.

Bakery owners coordinate price changes of price-controlled bread with the Industry, Trade and Labor Ministry, in keeping with estimated changes in production costs. However, the ministry suspects they coordinated their positions before and after their meetings with the ministry officials.

The Israeli bread industry is worth approximately NIS 2 billion annually. The bread market is not characterized by consumer loyalty, as the large bakeries do not produce unique products as do Lehem Erez, Lehem Haaretz and other boutique bakeries.

Despite the competition, the bakeries appear to have kept a system of balances that prevented them from seriously damaging each other.

Angel bakery released a statement saying they were looking into the allegations.

"At this stage the company is studying the incident's details," they said. "The company is not aware of anything illegal. The company will cooperate with the investigating authorities as required."

The suspects allegedly coordinated prices and tenders for price-controlled bread intended for poor people and divided the bread market among themselves.
Failed messiah was established and run in 2004 by Mr. Shmarya (Scott)Rosenberg. The site was acquired by Diversified Holdings, Feb 2016.