Is Advocate For Sexually Abused Haredim A Cult Member Who Himself Abuses Victims?

That's what appears to happening with Voices of Dignity and its founder.
I'm told Kal Holczer is a former Sqverer hasid who after a period outside of Orthodoxy went to Aish HaTorah. Holczer also apparently presents himself as Orthodox to some people, while to others he presents himself as secular:

Regarding "Voices of Dignity", SOVRI Helpline and Kal Holczler

It saddens The Awareness Center to make the following public announcement, but we feel we have no other option. 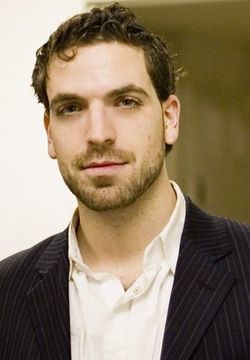 Over the last month The Awareness Center has done its best to work with Kal Holczler’s new organization, Voices of Dignity.  Due to concerns about both the safety of adult and child survivors of sexual abuse/assault we have no option but to sever our ties.

One of the many issues we have with this new group includes the fact that Voices of Dignity has strong ties to the SOVRI Helpline/hotline (Support Orthodox Victims of Rape and Incest).

The SOVRI Helpline is an organization whose policy is not to make hotline reports in cases where they suspect a child is at risk of harm.  They have been justifying this by saying that since they are a volunteer based organization, they are not mandated to report.  They fear that no one will utilize their services if they do the right thing, and protect children when they suspect they are at risk of harm and or neglect.  The Awareness Center is also an all volunteer based organization, and our policy is to always make reports and let law enforcement and or child protective services make the determination if something is wrong. Throughout the history of our organization we have found that those who call us find it comforting to know that we do everything in our power to ensure children have the opportunity to grow up in abuse free environments.
It is also important to note that according to several halachic authorities  all Jews, regardless if stipulated by American law, are considered mandated reporters.

One would think that organizations like Voices for Dignity and the SOVRI Helpline, who say they care about ending sexual abuse/assault in the orthodox world, would take the high road and do everything in their power to ensure orthodox Jewish children’s civil rights are protected and report all suspicions that a child is at risk of harm would be reported.

SOVRI was originally created many years ago and then folded.  It was revived again back in 2008 as a reaction to the hotline/recorded message put out weekly by Rabbi Nuchem Rosenberg, who was encouraging members of the ultra orthodox community to make hotline reports and work with law enforcement officials.

Unfortunately, SOVRI has many ties to Ohel, which is a mental health agency based in Brooklyn, NY.  This is an organization that receives federal funding, yet their policy is to discourage individuals from making hotline reports when they suspect a child is at risk of harm.  The four key players in this “helpline" include:  Chaya Mermerstein, LCSW and Cheryl Friedman, LCSW, both of Beth Israel's staff and psychotherapist Yoni Hikind, LMSW.  The original founder of the organization is Bassya Littman.

SOVRI’s halachic advisor is rabbi Dovid Cohen.  For those of you who are unaware, rabbi Cohen is also the halachic advisor for Ohel. Please watch the youtube video of David Mandel, who is the CEO of Ohel providing an educational seminar in Baltimore, in which he gives false information relating to sexual abuse survivors and discourages the audience from protecting children: "Is David Mandel A Mandated Reporter"

Another issue The Awareness Center has with Voices of Dignity is the fact that its founder Kal Holczler and his partner Melanie Curtin have both current and past connections with a movement called “One Taste”, which created “the slow-sex movement,”.  According to a New York Times article "the movement".

“Places a near-exclusive emphasis on women’s pleasure — in which love, romance and even flirtation are not required.  The group has retreats in which about a dozen women, naked from the waist down, lie with eyes closed in a velvet-curtained room, while clothed men huddle over them, stroking them in a ritual known as orgasmic meditation — “OMing,” for short. The couples, who may or may not be romantically involved, call one another “research partners.”

A commune dedicated to men and women publicly creating “the orgasm that exists between them,” in the words of one resident, may sound like the ultimate California satir.”

The Awareness Center believes consenting adults have a right to privacy and that what one finds as healing in one’s private life should remain private. The issue The Awareness Center has is that Kal Holczler has been allegedly coaching unsuspecting female survivors with his techniques in the guise of healing them from sexual trauma.  Holczler is not a licensed mental health professional nor does he have any degrees in the field or certifications as a rape crisis counselor.  He is not being provided clinical supervision by any qualified individual.

Any organizations that are affiliated with Ohel or “One Taste”, including Holczler’s new organization, Voices of Dignity, should be seen as a danger both to orthodox Jewish children’s safety and civil rights as outlined by the United Nations in 1959 (see below), and to unsuspecting women as well.
Sincerely,

Is Advocate For Sexually Abused Haredim A Cult Member Who Himself Abuses Victims?

That's what appears to happening with Voices of Dignity and its founder.
Failed messiah was established and run in 2004 by Mr. Shmarya (Scott)Rosenberg. The site was acquired by Diversified Holdings, Feb 2016.