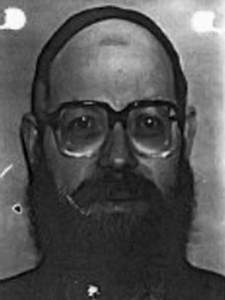 Avrum David Friesel, 57, a son of the village's only mayor, pleaded guilty in U.S. District Court in Manhattan to a conspiracy charge that involved theft and fraud.

Friesel's sentencing is scheduled for June 15 by Judge Barbara Jones, who sentenced four other New Square men and a New York City resident to prison in the case.

Friesel, married with children, was extradited to the United States from London on Aug. 7 after he fought to stay in Great Britain.

He initially fled to Israel in 1997, before the indictment was unsealed.

Friesel, whose father, Mates Friesel, has been the village's only mayor since New Square incorporated in 1961, has been held in custody since his arrest in London.

He has been held in the federal lockup in Brooklyn since being returned to the United States.

One other man, Nathan Adler, remains a fugitive from justice.

Adler, Friesel and Chaim Berger all fled prosecution in 1997 just before a 64-count indictment charged them and four other men with stealing tens of millions of dollars from federal anti-poverty and educational programs. Federal prosecutors argued the schemes continued over 30 years.

"After fleeing and living in hiding for 11 years, Friesel will finally face justice," Bharara said.

The seven men defrauded the programs for the benefit of themselves and other residents of New Square, federal prosecutors said.

One of the schemes described in the indictment included an $11.6 million fraud that bilked state and federal education programs, mostly for nonexistent students supposedly enrolled in a Judaic studies mentoring program approved by Rockland Community College.

The program — which didn't meet educational guidelines — was approved by the college, which also got money for each of the supposed students enrolled with mentors in programs in New York, Israel and Europe.

Rockland County repaid $5.1 million of the stolen money. The scam left the two-year college in financial distress for years.

Several of the defendants also were convicted of creating a phony religious school in Brooklyn to steal millions more in education aid after the RCC scam.

They created student records as U.S. Department of Education inspectors waited in an outer office to review the school's documents, prosecutors said.

Among the other programs defrauded were federal and state tuition assistance grants; a Small Business Administration program to aid small, minority-owned companies; the Section 8 rental subsidy program; and an insurance benefit program run by the Social Security Administration.

Chiam Berger, a founder of New Square in 1954 and the leader of the scheme, was arrested in Israel in 1999 and later extradited to the United States.

Jones sentenced them to between 30 and 78 months in prison.

All four men were ordered to repay $11.6 million. It's unclear whether any of them ever paid back any money.

President Bill Clinton commuted their sentences on his last day in office in January 2001.

The New Square grand rabbi met with Clinton and his wife, then Sen.-elect Hillary Rodham Clinton, in the White House in December 2000 to plead for clemency.

He also met with Hillary Clinton in New Square before the November 2000 election.

An investigation by the U.S. Attorney's Office into Bill Clinton's commutations and pardons found no wrongdoing.

A former New Square village clerk who fled prosecution for 11 years pleaded guilty Monday to helping steal tens of millions of dollars from federal education and anti-poverty programs.
Failed messiah was established and run in 2004 by Mr. Shmarya (Scott)Rosenberg. The site was acquired by Diversified Holdings, Feb 2016.