A proclamation titled "Notice" in "Der Blatt" of January 15, 2010, KJ Poultry of Monroe, N.Y., signed by management, requests the return of ducks purchased "due to the investigation underway of the ducks delivered by a farmer that may have mixed breeds." The announcement advises that: "Until such time that a clear determination can be made, the ducks are not to be eaten and should be returned."

The determination KJ Poultry wanted has now been made, and the problem, such that it is, is real:: 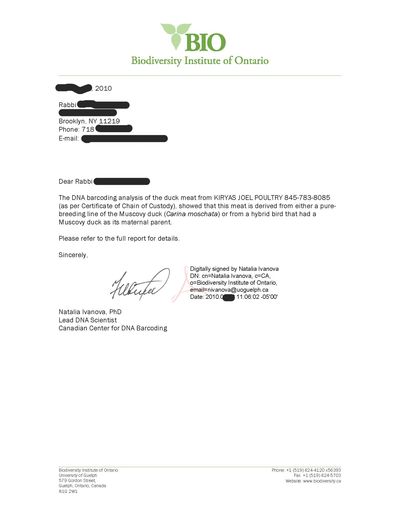 Details on the kosher issue regarding birds in general and ducks specifically.
[Hat Tip: A–Vroom!]
Update 12:55 pm CST – Here's a poster against Rabbi Aharon Tietelbaum for allowing the ducks to be eaten: 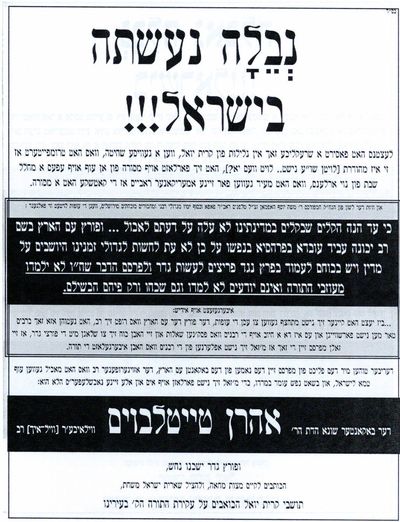 A non-kosher duck breed sold as kosher.
Failed messiah was established and run in 2004 by Mr. Shmarya (Scott)Rosenberg. The site was acquired by Diversified Holdings, Feb 2016.