Rabbi Ze'ev Feldman claims he was "unaware" Rabbi Israel Weingarten was convicted of raping and abusing his daughter and related Human Trafficking.

A senior member of London's strictly Orthodox rabbinate says he was unaware that an American rabbi he publicly praised was a convicted child abuser.

Rabbi Ze'ev Feldman, of the Union of Orthodox Hebrew Congregations, wrote a letter endorsing a fundraising event in Stamford Hill this week to help pay for the weddings of four children of Rabbi Yisroel Moshe Weingarten. 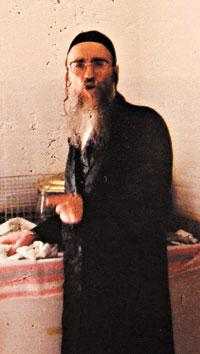 Rabbi Weingarten, a member of the Satmar sect, was last year jailed for 30 years by a New York court for abusing one of his daughters.

In his letter, Rabbi Feldman referred to Rabbi Weingarten as "harav hagaon", an honorific meaning "most eminent rabbi" which was once reserved only for the most illustrious sages, although is now more commonly used.

He also described Rabbi Weingarten as a "dear and exalted disseminator of Torah".

But a spokesman for Rabbi Feldman said the rabbi had been "unaware" of Rabbi Weingarten's case and was "horrified" to learn of it.

He explained that Rabbi Feldman had described Rabbi Weingarten in terms passed on by an American colleague who had requested support for the family. The letter had referred only to the father being in a difficult situation and unable to financially help his children.

The spokesman stressed that the fundraising appeal remained valid. "It doesn't alter the case for the children. Why should they suffer for their father?"

Brooklyn Federal Court last year heard that Rabbi Weingarten had begun abusing the second eldest of his eight children - who is now 28 and has left Orthodox Judaism - when she was nine.

At one point, when the family was living in Manchester in the late 1990s, he was arrested after the girl complained to local police that her father had been sexually abusing her.

Rabbi Ze'ev Feldman claims he was "unaware" Rabbi Israel Weingarten was convicted of raping and abusing his daughter and related Human Trafficking.
Failed messiah was established and run in 2004 by Mr. Shmarya (Scott)Rosenberg. The site was acquired by Diversified Holdings, Feb 2016.