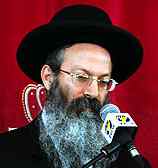 Rabbi Eliezer Melamed, who has recently angered the defense minister by promoting insubordination in the army, has come out with a new statement saying the Israel Defense Forces chief rabbi does not have the power to make halachic rulings binding to soldiers.

Speaking at a convention dubbed "The obligation of obeying a command and its limits", held Tuesday at Efrat’s Shvut Israel hesder yeshiva, Melamed said military rabbis were swayed by wrongful considerations as well as army officers, and that this weakens the IDF rabbinate.

Thus, the Har Bracha head said, soldiers were obligated to listen to the commands of their “civilian” rabbis.

The statement contradicts the traditional Religious-Zionist stance, according to which yeshiva rabbis will refrain from advising soldiers.

But Rabbi Melamed claims that in order for a rabbi to be considered a figure of authority he must be accepted by his public – in this case troops – and free to advise according to his own beliefs. Melamed claims these conditions are not fulfilled in the army.

He gave as an example the military rabbi’s inability to rule against commands that contradict the halacha.

“The authority of the military rabbi has been weakened,” he told the convention. “He is not appointed by the public or leaders of the faith, and cannot express his own opinion truthfully. If he doesn’t have the power to command officers as well as soldiers he is not a true leader.”

Melamed called the situation “ridiculous”, and added that “if the military rabbinate demands to be a true leader, it will only weaken the power of the Torah and the halacha in the army". 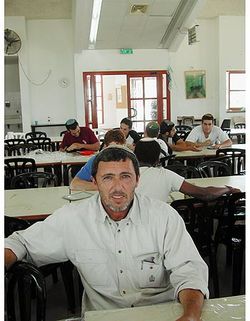 The rabbi also rejected claims that the defense minister and IDF chief of staff consulted with head rabbis before choosing Rafi Peretz to be the new chief rabbi. He predicted that as the Chief Rabbinate of Israel became “more and more dependent on politicians”, they would lose their authority over the public as well.

Melamed laid out ground rules for insubordination. He said that soldiers who receive orders that contradict the Halacha and are not matters of life or death should refuse.

“Even the law of the IDF distinguishes between refusal during war time and refusal during times of peace, which is relatively acceptable. The problem with the army’s senior command is that it doesn’t distinguish between different kinds of insubordination,” he said.

“The government has the right to tell people where to settle, but when it’s a matter of principle – when you can’t settle in Judea and Samaria at all – this is a more serious violation of the mitzvah of settling Israel and a soldier must not obey it.”