The London Beth Din has rejected a call from a senior rabbi for a worldwide halt to conversions. 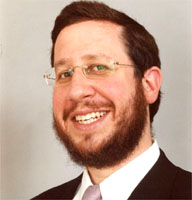 Rabbi Yitzchak Schochet of Mill Hill Synagogue, chairman of the US [i.e., United Synagogue] Rabbinical Council, proposed the suspension in a JC article last week because of continuing controversy over converts in Israel.

But the Beth Din said it took “exception” to his comments which did not reflect its “principles, policies or intended plans”.

It went on: “As dayanim charged with the task of administering and overseeing the conversion process on behalf of Anglo-Jewry, we feel privileged to be involved in this vital and spiritual process. Righteous converts have made important contributions to our community and Anglo-Jewry is greatly enriched by their presence within our communities.”

Rabbi Schochet offered his idea in the wake of growing concern over the incidence of Israeli Orthodox rabbis refusing to recognise conversions carried out by fellow rabbis.

“My article was no more than a suggestion to be considered as one possible way that may allow the lamentable controversy to abate,” he said this week.

Rabbi Yitzchak Schochet is the son of Rabbi Jacob Immanuel Schochet of Toronto.

Posted at 11:55 AM in Chabad, Haredim, Israel | Permalink

The beit din said it took “exception” to Rabbi Yitzchak Schochet's comments.
Failed messiah was established and run in 2004 by Mr. Shmarya (Scott)Rosenberg. The site was acquired by Diversified Holdings, Feb 2016.