Gag Me With A Waffle Cone: "Glatt Kosher" Haredi Ice Cream Parlors To Open In Israel

In order to prevent boys and girls from sitting together at the ice cream parlor, the stores will only offer takeaway services. Most popular haredi flavor? Lemon-vodka. 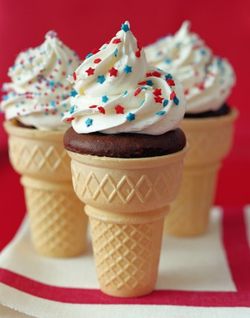 A first ice cream chain for the ultra-Orthodox public is about to open in Israel. The chain will be called "Zislek" (from "sweetness" in Yiddish).

Three friends have joined forces to set up the chain, two from the food industry and one from the retail and optics field: Yaakov Halperin, one of the owners of Optica Halperin, is entering a new industry together with Meir Dahan, the owner of Aldo ice cream, and Guy Amar, the owner of Tal Bagels.

The entrepreneurs plan to open 25 branches this year in Jerusalem, Bnei Brak, Beit Shemesh, Safed, Ashdod, Haifa and Beitar. The ice cream will be glatt kosher with a permit of the haredi community's court of justice.

In order to prevent boys and girls from sitting together at the ice cream parlor, as they do in the secular public, the stores will only offer takeaway services.

So far, haredim have only been able to enjoy industrial ice cream sold in supermarkets and in several stores offering ice cream permitted by the ultra-Orthodox community's court of justice, but have been forced to search for it quite a lot.

"In our public," says Halperin, "there is a great desire for ice cream of high quality which can be bought on the street in a cone and is prepared on the spot, and not in an industrial manner: Low fat, 1%, and with a high kashrut level. We will fill up this void with a new ice cream chain."

Three stores will open as early as next months: On Jerusalem's Geula Street, in the Jewish Quarter near the Western Wall, and in Beit Shemesh. Some NIS 700,000 (about $187,000) will be invested in each store.

What is most popular flavor?
The equipment and ingredients have been flown in from the company's factory in Italy over the past few days, and in order to penetrate into the haredi street, tens of thousands of free ice cream samples will be handed out to the public.

Four haredi messengers have been sent to Italy to specialize in the ice cream's preparation. They will offer 45 flavors, and yogurt ice cream will be marketed to the ultra-Orthodox public for the first time. Berries have been especially imported from the United States to meet the high kashrut demands.

Additional flavors which will be offered are not as familiar among the secular public: Apple in honey and – believe it or not – cucumber, arrack and peppermint. "This will be a real hit," says Halperin. "It has gotten the biggest number of points among the public."

Each store will have two ice cream machines, according to the rabbis' demand: One for dairy ice cream and the other for parve ice cream (not milk and not meat). All flavors will be presented in two displays – a dairy one and a parve one – and the cups will be in different colors as well in order to distinguish between the two kinds.

Gag Me With A Waffle Cone: "Glatt Kosher" Haredi Ice Cream Parlors To Open In Israel

In order to prevent boys and girls from sitting together at the ice cream parlor, the stores will only offer takeaway services. Most popular haredi flavor? Lemon-vodka.
Failed messiah was established and run in 2004 by Mr. Shmarya (Scott)Rosenberg. The site was acquired by Diversified Holdings, Feb 2016.